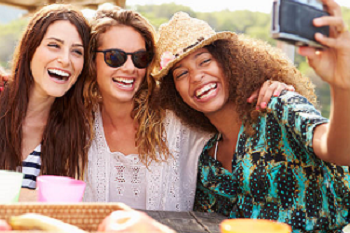 Epilepsy, a brain disorder, is characterized by repeated seizures (changes in behavior or attention) over time. The seizures vary in intensity from staring spells to violent shaking and loss of consciousness. Many jurisdictions prohibit people with epilepsy from driving or conducting other activities that require constant vigilance. In addition, people with epilepsy may experience social stigma and isolation. Depression affects 30%–50% of people with epilepsy and contributes to their much higher unemployment, lower quality of life, and 5- to 25-times higher suicide rate than the general population.1 Studies have shown that depression is suboptimally treated in people with epilepsy and that interventions are needed.1

PEARLS is a home-based intervention for older adults that has been shown to significantly decrease depression and improve functional and emotional well-being. The intervention focuses on problem-solving treatment (PST), a skills-enhancing behavioral approach that addresses problems, such as social isolation and lack of physical activity, that contribute to depression. PEARLS is listed in a National Registry of Evidence-based Programs and Practices (developed by the Substance Abuse and Mental Health Services Administration) and shows potential for widespread impact. Because PEARLS is a home-based program and many people with epilepsy may be homebound because of driving restrictions, unemployment, and limited public transportation, the University of Washington Prevention Research CenterExternal tested whether PEARLS would be effective for people with epilepsy and depression, as it had been proven to be for older adults.

Study participants assigned to the PEARLS program had significantly lower scores for overall depression and lower levels of suicidal thoughts.

From April 2007 to April 2008, 80 adults with epilepsy and clinically significant depression were recruited into the study and randomized to receive usual care or PEARLS. Usual care included a letter to the patient’s physician reporting the depression diagnosis and encouraging depression treatment as appropriate; no additional services were provided, but participants could seek mental health care. During the first 19 weeks, people in the PEARLS group received eight, 50-minute in-home sessions delivered by a PEARLS therapist (weeks 1–3, 5, 7, 11, 15, and 19), which were followed by monthly telephone calls assessing participants’ use of PST through the 12th month. No further intervention occurred after the 12th month.

Supervised by a team psychiatrist, PEARLS therapists (masters-level social workers) received training on PST and epilepsy. The home sessions included PST and emphasized social and physical activation, because physical activity can improve seizure control and mood. After the participants developed problem-solving skills (around session 3 or 4), they were encouraged to engage in mild to moderate physical activity and to increase interactions outside the home. For participants whose mood did not improve after 4–5 weeks, the team psychiatrist contacted the participant’s neurologist about potential changes in depression medication.

Assessments of level of depression (measured by the Hopkins Symptom Checklist [HSCL-20]), quality of life, and suicidal ideation were conducted in each participant’s home at baseline and then by telephone at 6, 12, and 18 months by blinded interviewers. At 12 and 18 months, participants assigned to PEARLS had significantly lower HSCL-20 scores for overall depression severity (p<0.05) and lower suicidal ideation (measured by two HSCL-20 items) (p<0.025) than did participants in usual care.1,2

Efforts to disseminate PEARLS to agencies providing care and services to people with epilepsy are under way. For example, the Epilepsy Foundation of Colorado in Denver has implemented the program. Because the intervention is home-based, it holds promise in treating depression in people with diseases or conditions associated with loss of mobility and independence. Further, because PEARLS can be implemented as part of existing community social services programs, eligible people can be readily identified and enrolled. Most social service organizations have access to mental health experts who can supervise the trained therapists in their implementation of PEARLS, so that using the program should not require large increases in local funding. Because of the strong relationship between depression and unemployment, intervention components focusing on vocational rehabilitation and employment assistance may enhance the effectiveness of PEARLS even further.