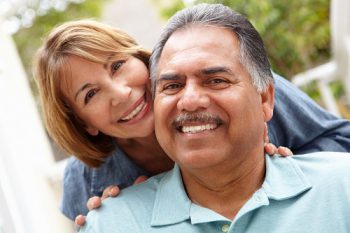 Overweight and obese Hispanics are at risk for heart disease and diabetes. Yet, many in this population do not always recognize they can prevent these chronic diseases.1 A wellness program called Pasos Adelante (Steps Forward) uses community health workers to help Mexican-Americans take steps to prevent heart disease and diabetes. Located on the US-Mexico border, the program reaches local residents who have a greater risk of developing these diseases.2

Researchers at the University of Arizona Prevention Research Centerexternal icon (PRC) tested the effectiveness of the Pasos Adelante program for Mexican-Americans who want to reduce their risk of heart disease and diabetes. They also asked, “What role do community health workers play in recruiting participants who may not recognize they can change behaviors to help prevent them from getting heart disease and diabetes?”

The study used questionnaires and lab tests to assess participants’ health. These assessments were done at three points: before a 12-week program, after the program, and 3 months later to see if the results had lasted. Between 2005 and 2008, 327 people enrolled in the Pasos Adelante program. The program included sessions on chronic disease prevention by focusing on physical activity and nutrition. These sessions, delivered by community health workers, included walking groups.

Residents of Douglas, Arizona, were concerned about the high rates of diabetes in their community. They approached the University of Arizona, College of Public Health and have worked together to address diabetes prevention and control. Three community health workers who were long-term community residents recruited participants for the study during local health fairs. These workers played a key role in training participants by giving lessons in healthy eating, walking, and fostering support from the community.

The PRC study showed the participants made changes in their lifestyle behaviors and had a better understanding of what put them at risk for diabetes.
Participants reported:

Three-months following the study, researchers found that the measures had not worsened in a significant way and that glucose levels had improved.

Next Steps
Today, Pasos Adelante has expanded north to urban Arizona and south to Sonora, Mexico, where participants may improve their diets with healthy foods and participate in fitness activities organized by the community. The PRC researchers are reviewing a modified version of Pasos Adelante for Mexican participants, called Meta Salud (Health Goals). Health Goals is a new study for diabetics receiving services at health clinics within the Sonora Ministry of Health and El Colegio De Sonora (The College of Sonora). The goal of the new study is to determine the usefulness of the Health Goals model across the United States, Mexico, or other nations with community health workers.