OSNAP (Out of School Nutrition and Physical Activity Initiative) 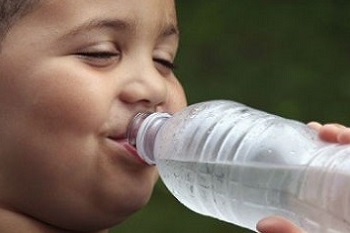 Harvard University PRCexternal icon researchers found that through the use of the Out of School Nutrition and Physical Activity Initiative (OSNAP), after school programs can increase children’s healthy eating, drinking, and physical activity. The PRC developed OSNAP to help programs that care for children outside of school improve nutrition and physical activity environments, policies, and practices. Ten programs participating in OSNAP took part in learning sessions focused on changing policies and environments to increase healthy eating, drinking, and physical activity opportunities. The researchers helped the programs set up standard operating procedures for water delivery, such as provision of cups to children at snack time, to increase the likelihood that changes would be maintained at the end of the study. Compared to 10 control programs, at 6-month follow-up the intervention sites served 3.6 more ounces of water on average per child per day, served water more frequently, and served 60.9 fewer beverage calories on average per snack per day. The researchers believe this study is the first group randomized control trial (RCT) of an intervention to increase the amount of water served in after-school programs. The changes made to the after-school snack menus of participating Boston Public Schools (BPS) are being adopted and implemented throughout the BPS system.

Read an abstractexternal icon of an article describing the RCT, and visit the OSNAP websiteexternal icon.

Out of School Nutrition and Physical Activity Initiativeexternal icon