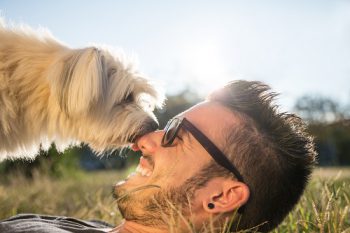 Up to 50% of people with epilepsy have memory problems that affect their health, productivity, and quality of life. Epilepsy is a neurological condition that involves the brain and causes people to have seizures. It is one of the most common disorders of the nervous system and affects people of all ages, races, and ethnic backgrounds.

Will home-based, telephone sessions with memory coaches help improve attention spans and quality of life for adults with epilepsy?

Adult participants with epilepsy who were experiencing controlled and uncontrolled seizures were asked about their memory complaints. Sixty-six adults, aged 18 to 65 years, who qualified for the study were separated into groups. One group received 8 weeks of HOBSCOTCH and saw improvement in their overall quality of life compared with a group of adults who were not in the program. Each patient in HOBSCOTCH was scheduled for a group visit followed by six weekly, 60-minute telephone sessions, and a final in-person session. One additional follow-up session was done at 8 weeks. Memory coaches led the sessions.

HOBSCOTCH participants experienced greatly improved quality of life compared with adults who did not participate in the program. Specifically, participants had significantly less seizure worry, more energy, and reported significant improvements in some mental abilities such as paying attention.

The HOBSCOTCH program addresses many reasons why getting treatment is sometimes difficult, including transportation and lack of access to an epilepsy center. Participants improved their quality of life score (an indication of how they rate their life quality) by an average seven points. Helping patients to be self-sufficient through education and skills building can empower them to be part of the treatment. The majority of patients who completed a satisfaction survey said, “The program was useful, beneficial, and convenient.”

The researchers developed a virtual version of the HOBSCOTCH program and are testing it with other epilepsy centers and community health organizations.