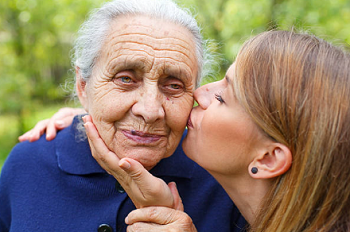 Alzheimer’s is the fourth leading cause of death in Puerto Rico. Using in-person educational sessions and social media campaigns, all participants reported learning something new about the disease.

Is a social media campaign combined with in-person educational sessions effective at increasing awareness of Alzheimer’s disease in Puerto Rico?

Un Café por el Alzheimer program launched in Puerto Rico in 2015 and consisted of four, in-person educational events followed by a social media campaign targeting participants. Staff from Puerto Rico’s Alzheimer’s Registry, an elder care doctor, a psychologist, a pharmacist, a lawyer, and a nonprofit Alzheimer’s organization spoke at the events. Topics included signs and symptoms of Alzheimer’s disease, a definition of Alzheimer’s, risk factors, diagnosis, medications and other therapies.

A total of 212 participants attended from the general public, including community college students and instructors. Fifty-one of the participants completed pre- and post-education surveys. There were 168 Facebook—Un Café por el Alzheimer posts during the campaign and by 2017 there were 10,000 followers. There was an average increase of nearly 65% in the number of people reached following the educational sessions through social media.

The project was a partnership between the Puerto Rico Department of Health, the University of Puerto Rico School of Medicine and School of Public Health, volunteers, and others from organizations providing services for people living with Alzheimer’s. The University of South Carolina Prevention Research Center (PRC)external icon provided technical input for the education program’s pre- and post-survey development. They also conducted the user analysis of the social media campaign.

Next Steps
If funded, researchers plan to tailor, implement, and evaluate evidence-informed health promotion programming for communities and stakeholders in both South Carolina and Puerto Rico using the coffee shop style and social media education approach.