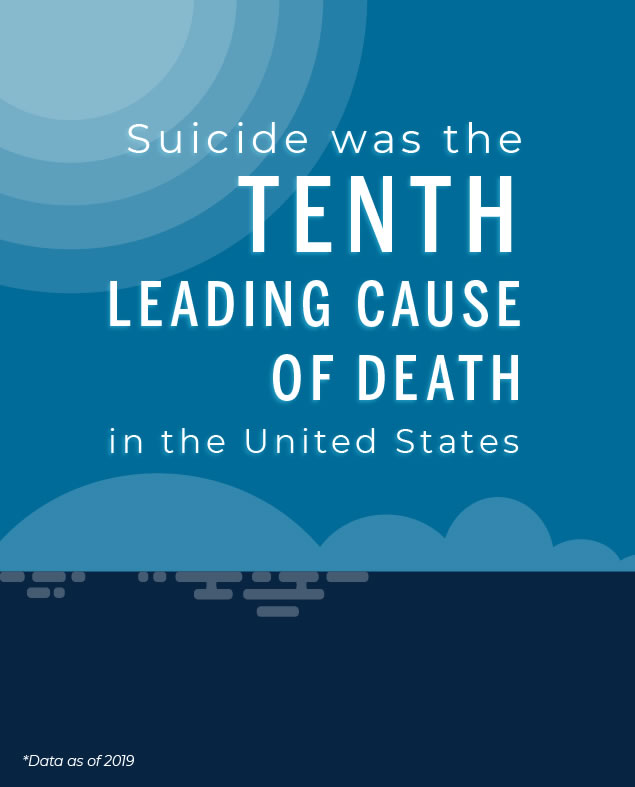 The economic toll of suicide on society is immense. Suicides and suicide attempts cost the nation almost $70 billion per year in lifetime medical and work-loss costs alone.3

Suicide is a serious public health problem that can have lasting harmful effects on individuals, families, and communities. There are many factors that contribute to suicide. The goal of suicide prevention is to reduce factors that increase risk and increase factors that promote resilience.

Ideally, prevention occurs at all levels: individual, relationship, community, and society. Strategies with the best available evidencepdf icon exist and can be used to promote awareness and encourage a commitment to social change.

Suicide is the 10th leading cause of death in the United States.1 From 1999 through 2018, the suicide rate increased 35%2 and there were more than 48,000 deaths in 2018 alone.1 Every year, many more people think about or attempt suicide than die by suicide. In 2018, 10.7 million American adults seriously thought about suicide, 3.3 million made a plan, and 1.4 million attempted suicide.3 In 2019, 18.8% of high school students reported seriously considering suicide and 8.9% reported an attempt.4

A combination of individual, relationship, community, and societal factors contribute to the risk of suicide. Risk factors are those characteristics associated with suicide—they might not be direct causes.

Risk factors for suicide include, but aren’t limited to:

History of alcohol and substance abuse

More information on risk factors for suicide can be found here. 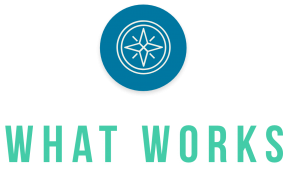 Strengthening household financial security can potentially buffer the risk of suicide by providing individuals with the financial means to lessen the stress and hardship associated with a job loss or other unanticipated financial problems. The provision of unemployment benefits and other forms of temporary assistance, livable wages, medical benefits, and retirement and disability insurance to help cover the cost of necessities or to offset costs in the event of disability, are examples of ways to strengthen household financial security.

Housing stabilization policies aim to keep people in their homes and provide housing options for those in need during times of financial insecurity. This may occur through programs that provide affordable housing such as through government subsidies or through other options available to potential homebuyers such as loan modification programs, move-out planning, or financial counseling services that help minimize the risk or impact of foreclosures and eviction.

Learn More
Strengthen access to and delivery of suicide care

Federal and state laws include provisions for equal coverage of mental health services in health insurance plans that is on par with coverage for other health concerns.  These “parity laws” help ensure that similar coverage is provided for mental health care such as the number of visits, copays, deductibles, inpatient/outpatient services, prescription drugs, and hospitalizations as is provided for other health services.

Access to effective mental and behavioral health care is limited in many areas of the US.  These services are critical to reducing the risk of suicide.  Various ways to increase the number and distribution of practicing mental health providers in underserved areas include offering financial incentives through existing state and federal programs (e.g., loan repayment programs) and expanding the reach of health services through telephone, video, and web-based technologies.

Organizational policies and culture that promote protective environments may be implemented in places of employment, detention facilities, and other secured environments (e.g., residential settings). Such policies and cultural values encourage leadership from the top down and may promote prosocial behavior (e.g., asking for help), skill building, positive social norms, assessment, referral and access to helping services (e.g., mental health, substance abuse treatment, financial counseling), reducing access to lethal means among persons at risk of suicide, and development of crisis response plans, postvention and other measures to foster a safe physical environment.

Policies to reduce excessive alcohol use broadly, including zoning to limit the location and density of alcohol outlets, taxes on alcohol, and bans on the sale of alcohol for individuals under the legal drinking age, can also support protective environments.  These policies are important because acute alcohol use has been found to be associated with more than one-third of suicides and approximately 40% of suicide attempts.

The CDC Suicide Prevention Website provides factsheets, definitions, descriptions of risk and protective factors, tips for coping with stress, strategies for preventing suicide, and other resources.

This technical package represents a select group of strategies based on the best available evidence to help communities and states sharpen their focus on prevention activities with the greatest potential to prevent suicide. Also available in Spanishpdf icon

To prevent suicide and address the broad range of risk and protective factors, CDC developed its comprehensive and coordinated public health approach that relies on data, science, and action, grounded in a strong foundation of collaboration.

Coping with a Disaster or Traumatic Event

During and after a disaster, it is natural to experience different and strong emotions. Coping with these feelings and getting help when you need it will help you, your family, and your community recover from a disaster. Explore this website to learn how to cope and take care of yourself and each other during an emergency.

This revised national strategy emphasizes the role every American can play in protecting friends, family members, and colleagues from suicide. It also provides guidance for schools, businesses, health systems, clinicians, and many other sectors. This guidance takes into account nearly a decade of research and other advancements in the field since the last strategy was published.

CDC’s Web-based Injury Statistics Query and Reporting System (WISQARS) is an interactive online database that provides fatal and nonfatal injury, violent death, and cost of injury data. Researchers, the media, public health professionals, and the public can use WISQARS™ data to learn more about the public health and economic burden associated with unintentional and violence-related injury in the United States.

This online course from the Suicide Prevention Resource Center presents a variety of data sources that are useful for finding information about suicide deaths, suicide attempts, and suicidal ideation. This course also explains key concepts that will help the learner better understand the data.

Need Help? Know Someone Who Does?

Both are free and confidential. You’ll be connected to a skilled, trained counselor in your area.
For more information, visit the National Suicide Prevention Lifelineexternal icon.