CDC does not track non-invasive pneumococcal disease, like ear and sinus infections, through either surveillance system.

Invasive pneumococcal disease dramatically declined in both children and adults following the introduction of pneumococcal conjugate vaccines in the United States (see figures below). CDC first recommended PCV7 in 2000 and PCV13 in 2010. 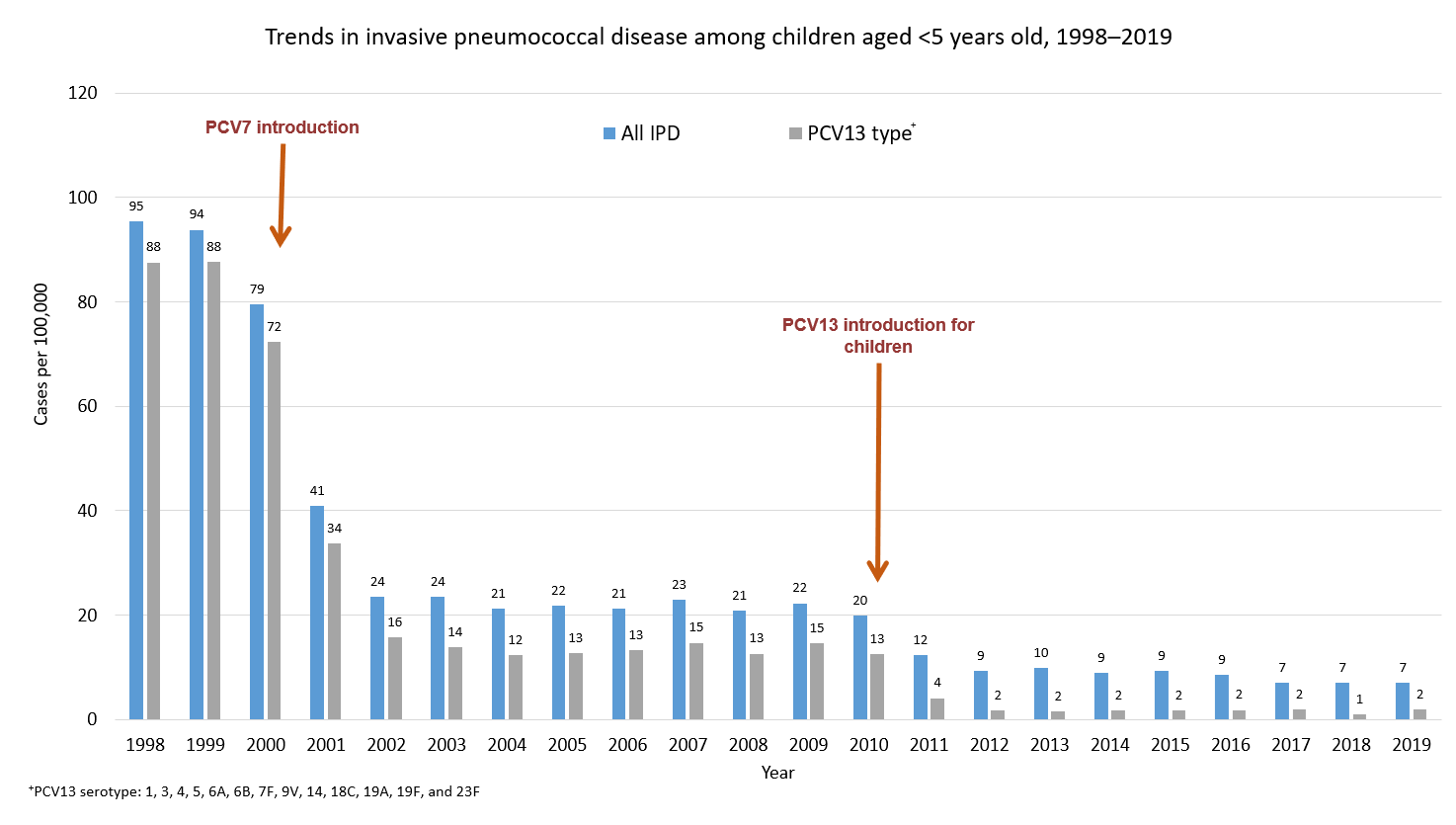 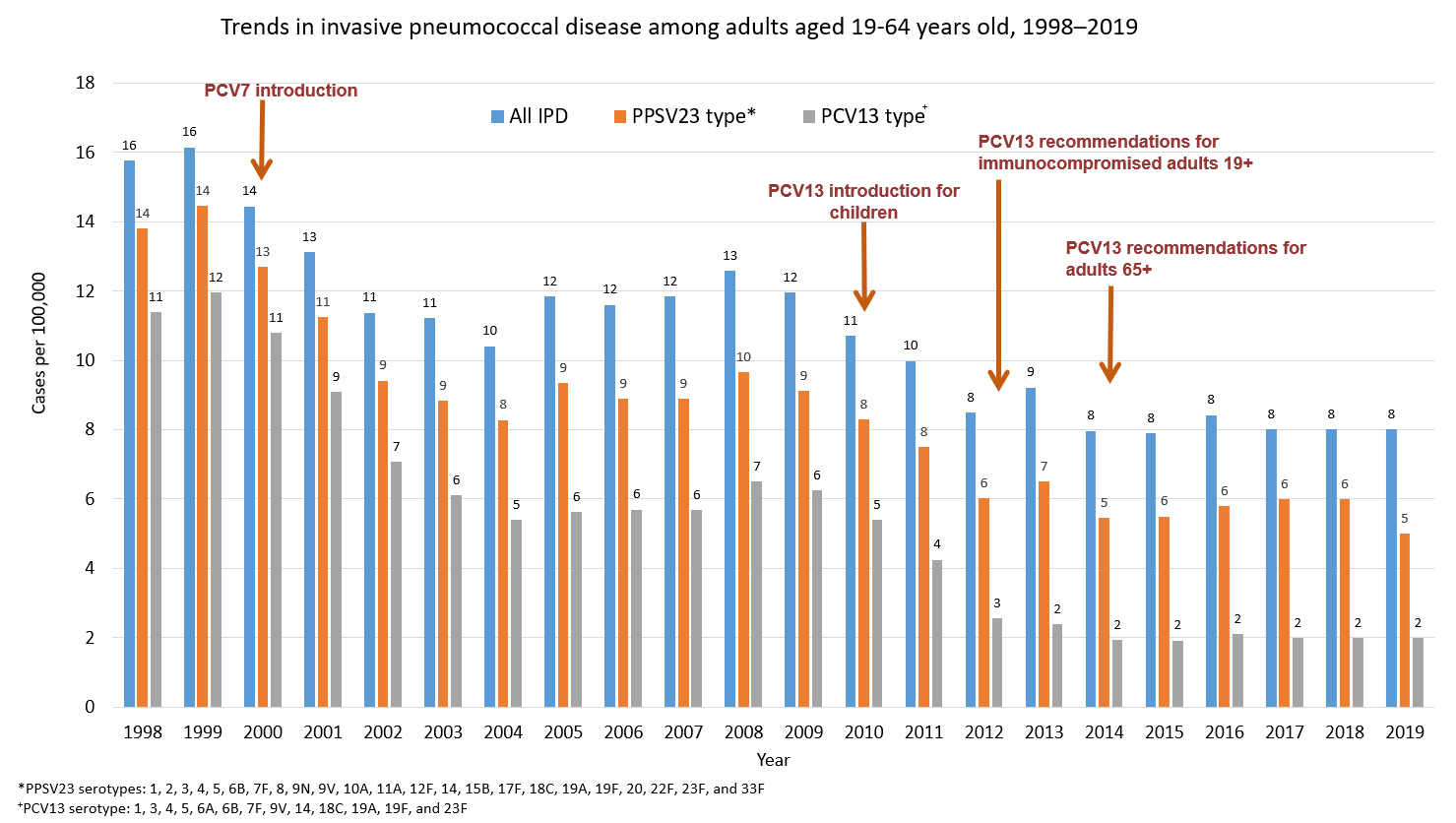 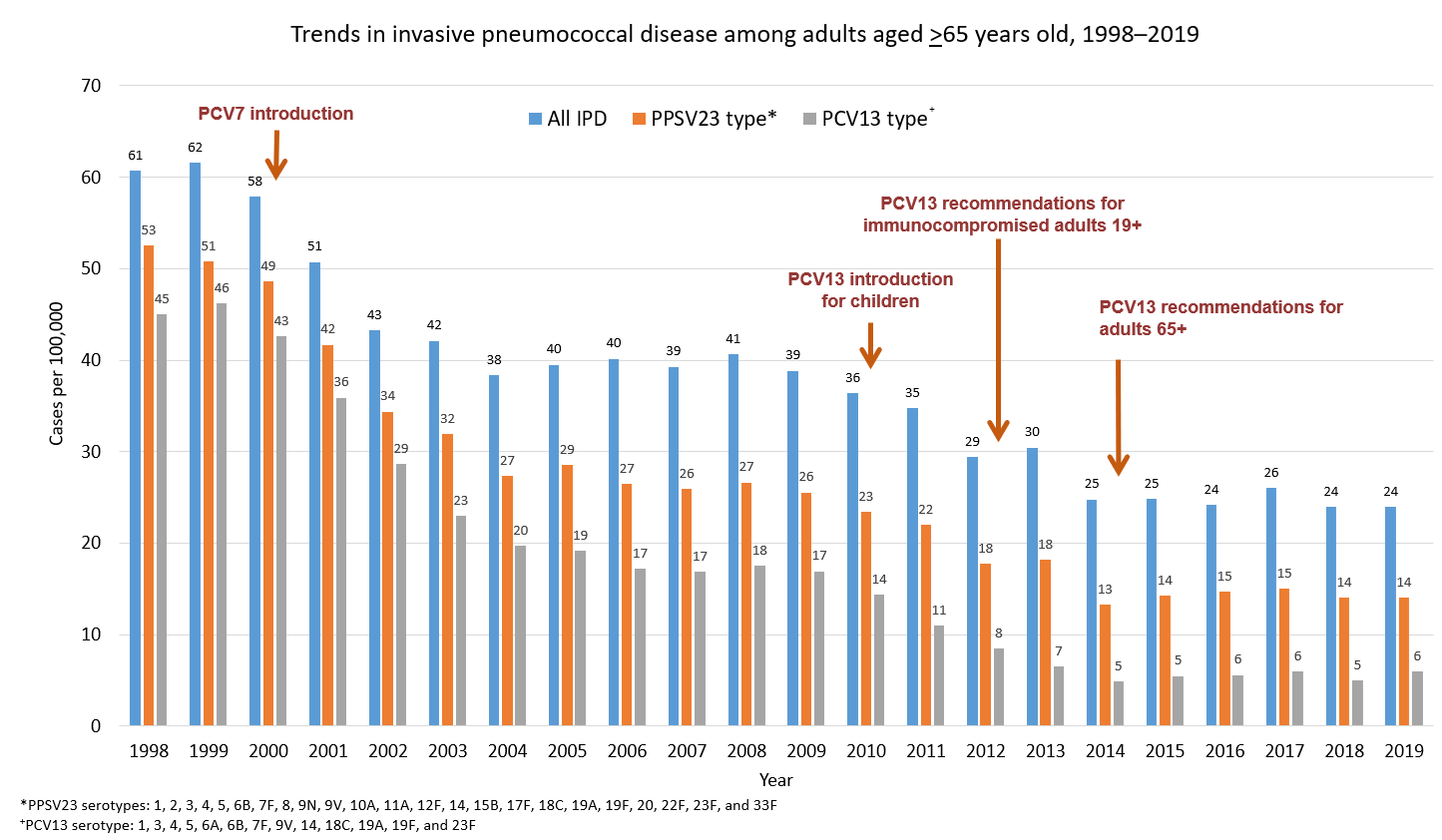