Cercarial dermatitis (“swimmer’s itch”, “clam-digger’s itch”, “duck itch”) is caused by the cercariae of certain species of schistosomes whose normal hosts are birds and mammals other than humans. These cercariae seem to have a chemotrophic reaction to secretions from the skin and are not as host-specific as other types of human-infecting schistosomes. Skin penetration by these zoonotic cercariae causes dermatitis, but the cercariae do not mature into adults in the human body. 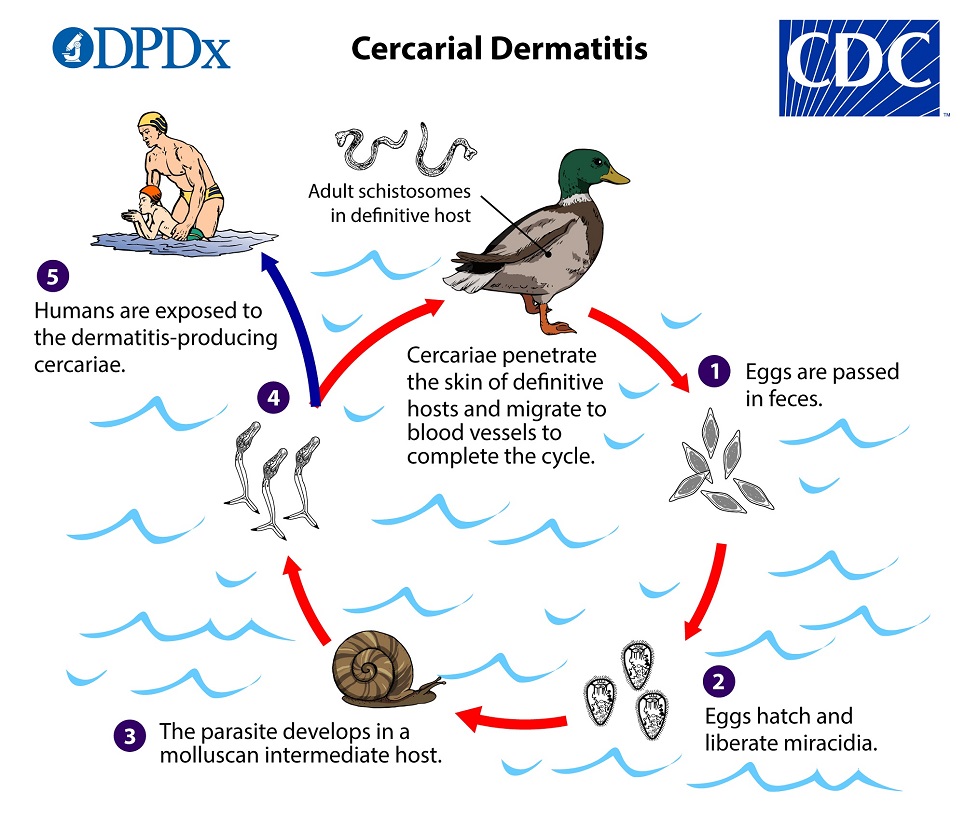 . A number of species of trematodes with dermatitis-producing cercariae have been described from both freshwater and saltwater environments, and exposure to either type of cercaria will sensitize persons to both.