Giardia duodenalis is a protozoan flagellate (Diplomonadida). This protozoan was initially named Cercomonas intestinalis by Lambl in 1859. It was renamed Giardia lamblia by Stiles in 1915 in honor of Professor A. Giard of Paris and Dr. F. Lambl of Prague. However, many consider the name Giardia duodenalis to be the correct taxonomic name for this protozoan.

Giardia is protected by an outer shell called a cyst that allows it to survive outside the body for long periods of time and makes it somewhat tolerant to chlorine disinfection. 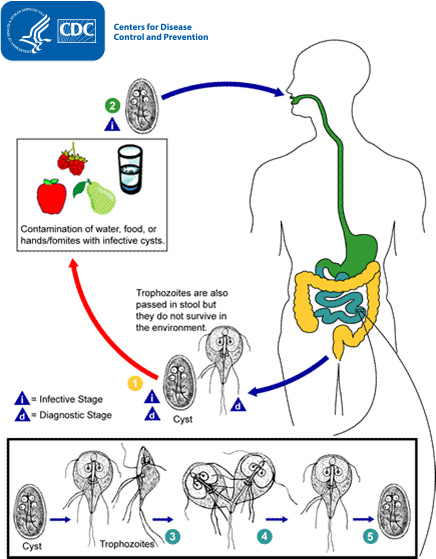