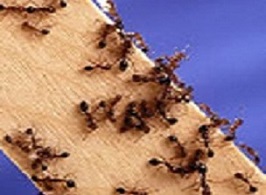 Fire ants bite and sting. They are aggressive when stinging and inject venom, which causes a burning sensation. Red bumps form at the sting, and within a day or two they become white fluid-filled pustules.

Employers should protect their workers from fire ants by training them about:

Workers should take the following steps to prevent fire ant stings and bites:

Workers with a history of severe allergic reactions to insect bites or stings should consider carrying an epinephrine auto injector (EpiPen) and should wear a medical identification bracelet or necklace stating their allergy.

Workers should take the following steps if they are stung or bitten by fire ants: