Why was this study done?

Employees at the Savannah River Site worked with a number of hazardous agents, including ionizing radiation and asbestos.

The National Institute for Occupational Safety and Health (NIOSH) is a federal agency that works to improve the health and safety of America’s workers. NIOSH provided funding to researchers from the University of North Carolina to find out if working with hazardous agents may have led to more deaths at the Savannah River Site than would be expected in the general population.

Though researchers did not estimate exposures to all hazardous agents at the Site, they did look more closely at exposure to ionizing radiation in workers who died from leukemia. This was done to see if radiation exposure may or may not be associated with death from leukemia.

Who was included in the study? 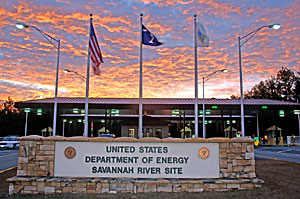 The Savannah River Site is located in Aiken, South Carolina. Photo courtesy of the U.S. Department of Energy.

How was the study done?

Government records were used to find out how many of the 18,883 workers had died, and what were the causes of death. The records used (e.g., death certificates) did not provide any medical information other than cause of death. From these records, researchers determined the number of workers that died from each cause of death and compared this to the number of deaths that would be expected in the U.S. general population and in the South Carolina general population.

What did the researchers find? 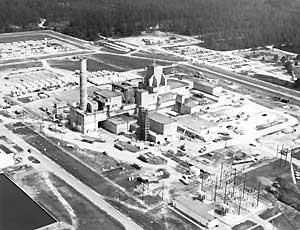 Overall, researchers found the death rates for workers at the Savannah River Site were generally lower than U.S. death rates. However, more male workers at the Site died from pleural cancer and from leukemia than would be expected in the general population (information about these two types of cancer can be found in the “Additional Information” section).

What does this mean?

This study suggests that compared to the general population, Savannah River Site workers have a higher chance of dying from pleural cancer, a disease often linked to asbestos exposure.

This study also suggests that for 15 years after exposure to radiation at the Site, workers have a higher chance of dying from leukemia than if they were not exposed. Leukemia is a rare disease, which means that if a person were exposed to one rem of radiation it is still unlikely that they will get leukemia.

At the Savannah River Site, asbestos and radiation exposures are generally lower today than during the years of operation covered by this study.

What should you do? 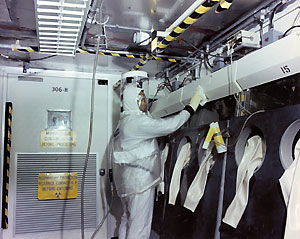 If you currently work with radioactive materials or non-radioactive hazardous materials, contact your health and safety representative or employer if you have questions on how to best protect yourself from exposure.

Share this information with your doctor if you are concerned about your health or have questions about these illnesses.

What is pleural cancer?
The “pleura” is a thin layer of tissue that lines and protects the lungs. The pleural cells that make up this layer of tissue can become abnormal and divide, producing cancerous cells. It is a rare disease that is mostly found in people who have been exposed to asbestos.

What is leukemia?
Leukemia is a type of cancer. Leukemia starts in blood-forming tissue such as the bone marrow, and causes large numbers of abnormal blood cells to be produced and enter the bloodstream. These cancer cells interfere with the body’s production of healthy blood cells and make the body unable to protect itself against infection.

For information on the types, symptoms, and treatment of leukemia and other cancers contact:
The American Cancer Society: www.cancer.org or call 1-800-227-2345
The National Cancer Institute: www.cancer.gov or call 1-800-4-CANCER

Building Trades National Medical Screening Program
This program is designed to identify health problems caused by hazardous substances workers may have been exposed to while working on a Department of Energy site. For more information, visit www.btmed.orgexternal icon or call 1-800-866-9663.

For information on the NIOSH Office of Compensation Analysis and Support, visit www.cdc.gov/niosh/ocas.

Centers for Disease Control and Prevention (CDC)
CDC is the federal agency that works to promote health and quality of life by preventing and controlling disease, injury, and disability. For more information, visit www.cdc.gov or call 1-800-CDC-INFO.

National Institute for Occupational Safety and Health (NIOSH)
NIOSH is the federal agency within CDC that is responsible for conducting research and making recommendations for the prevention of work-related injury and illness. For more information, visit www.cdc.gov/niosh.

This study was supported by the NIOSH Occupational Energy Research Program (OERP). For information about the OERP or to obtain an electronic copy of this worker notification, visit: www.cdc.gov/niosh/oerp/ or call 1-800-CDC-INFO