In October 1997, a 57-year-old male farmer was critically injured when he became trapped in a hay baler that was on fire. He died two days later from burn-related injuries. The farmer was working alone baling dried love grass that was to be used for cattle feed. Evidence suggests that twine and hay were caught in the roller. The friction produced between the twine, hay, and the spinning roller produced sufficient heat to ignite the twine and hay. The farmer apparently turned the tractor and hay baler out of the hay row, dismounted the running tractor, and tried to pat the fire out with his hands. The power take-off device (PTO) was not disengaged. The farmer crawled under the hay baler to reach the fire. His fingers became entrapped in a roller and the fire spread, burning the farmer and five acres of the hayfield. The farmer’s left hand was traumatically amputated, and he was able to free himself from the hay baler. He walked approximately one mile to his pickup truck and then drove to five residences before he was able to find someone at home to call for help. The farmer was taken to the local hospital and was subsequently flown by air ambulance to a burn center. He died two days later.

FACE investigators concluded that to prevent similar occurrences, employers (including persons who are self-employed) should:

In October 1997, a 57-year-old male farmer was critically injured when he became trapped in a hay baler that was on fire. He died two days later from burn-related injuries. On November 7, 1997, the Oklahoma Fatality Assessment and Control Evaluation (OKFACE) project at the Oklahoma State Department of Health received a newspaper clipping regarding the incident. In 1997, OKFACE had not begun the investigation phase of the project, so an investigation was not conducted at that time. However, another fatal incident involving a hay baler occurred in June 1998. Both fatal incidents involved round hay balers, workers being trapped, and fire; therefore, an investigation of the first baler-related death was initiated.

The farmer was self-employed with over 40 years experience in farming. The business was a family-owned and -operated business. There were no written safety programs. Safe operation procedures and formal job training were not addressed. There had been no previous serious injuries or deaths. The farmer’s son often worked with the farmer and stated that his father stressed safety.

The farmer was working alone baling dried love grass to use as cattle feed. He was using a tractor equipped with a PTO-driven round hay baler. On a hot day, with little wind, the farmer had baled five acres of dried love grass. A total of 100 acres of grass was to be baled. Evidence suggests that he had just dropped a round bale of hay and was turning out of the hay row and noticed a small fire around a roller on the baler. Some twine and hay had twisted around a roller. The bearing on the roller may have become dry, and friction may have resulted in sufficient heat to ignite the twine and hay. The farmer apparently dismounted the running tractor and crawled under the hay baler to put out the fire while the PTO was still engaged. The baler was equipped with safety guards that surrounded the area of the fire. The farmer crawled underneath the back end of the baler to reach the area where the fire originated. While under the hay baler, the farmer’s fingers were caught in the moving rollers. The baler was equipped with a safety choke to stop the baler from running when something plugged or was caught in the rollers; however, the baler apparently continued to operate. As the fire increased in intensity, the farmer’s fingers were burned off and he was able to free himself. The fire spread to the field. He crawled out from under the baler, and walked approximately one mile to his pickup truck and drove to get help. He tried five residences before he found someone at home to help him. The farmer was taken to the local hospital (approximately 15 miles from the scene of the incident). From the local hospital, he was taken by air ambulance to a metropolitan burn center more than 90 miles away. The farmer died two days later. The fire department responded to the scene to extinguish the fire. Five acres had burned and the tractor engine was running when found. The hay baler’s tires and one roller were damaged by the fire.

The baler was marked with safety decals that were sent along with other safety information from the baler manufacturer. The safety decal on the baler warned users to always disengage the PTO and shut-off the tractor engine before working on or near the baler.

The medical examiner listed the cause of death as thermal burns. The farmer was burned over 65% of his body and the traumatic amputation of his left hand was noted.

Recommendation #1: Employers (including persons who are self-employed) should ensure that safe work practices are followed, including disengaging the PTO and shutting off the engine, prior to working on agricultural machinery.

Discussion: Many farmers and farm laborers perform maintenance on balers and other farm equipment with the PTO engaged and the tractor engine running in an effort to save a short amount of time. Although such practice is commonplace and may have been done without incident in the past, the danger remains and can be fatal. Publications by university extensions, safety councils, and equipment manufacturers address safe work practices. These safe work practices stress disengaging the PTO, shutting off the tractor engine, setting the tractor’s parking brake, and removing the keys to the ignition before servicing, inspecting, or unplugging (clearing congested material) is performed on farm equipment. The disengagement of the PTO and shutting off the tractor engine before contact was made with the baler may have prevented the death.

Recommendation #2: Employers (including persons who are self-employed) should ensure that multipurpose fire extinguishers having an A-B-C rating are mounted on agricultural machinery.

Recommendation #3: Employers (including persons who are self-employed) should provide workers who work alone with a means of remote communication for use in cases of emergency.

Discussion: For any traumatic injury, the treatment received within the first hour has a great impact on the survival outcome. Dr. R. Adams Cowley of the Maryland Institute for Emergency Medical Services, a pioneer of modern trauma care, popularized the term of “golden hour”. The golden hour or first hour after a trauma has been experienced is extremely important in the survival of the patient. The treatment of shock and surgical intervention within the golden hour substantially decreases morbidity and mortality. Remote communication by the means of cellular telephones or two-way radios could provide the vital link to activating emergency medical services. Personal contacts may also be helpful, particularly if they are frequent and/or occur shortly after the injury.

Recommendation #4: Employers (including persons who are self-employed) should ensure that machinery is maintained according to manufacturer’s specifications, including removal of excess hay, twine, grease, etc. on a regular basis.

Discussion: In this incident, twine and hay became entangled around a roller and a fire ensued when a bearing became dry. Balers should be serviced and maintained in accordance with the manufacturer’s specifications. Proper baler maintenance includes removing all hay and chaff that accumulates during baling. Removing materials such as dirt, grease, rust, hay “juices”, and oil coated on rollers will aid in the rollers not wrapping and will decrease the risk of fire. Chains, belts, rollers, pickup and twine mechanisms, wind guard, and other components must be in good condition and properly adjusted for the baler to work safely, efficiently, and reliably. Balers should be stored in a dry, sheltered place, tension in the belts released, twine removed, rollers cleaned, and chains and rods should be lubricated according to manufacturer’s specifications. 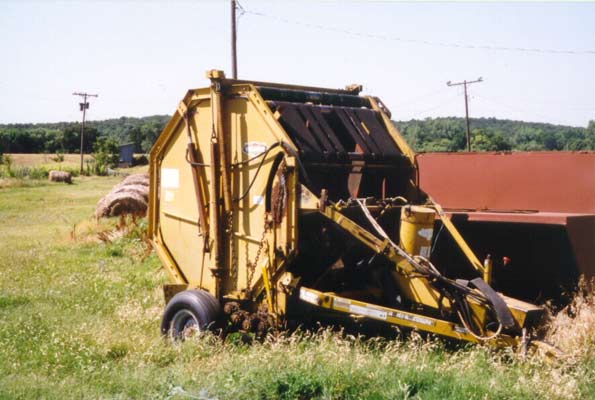 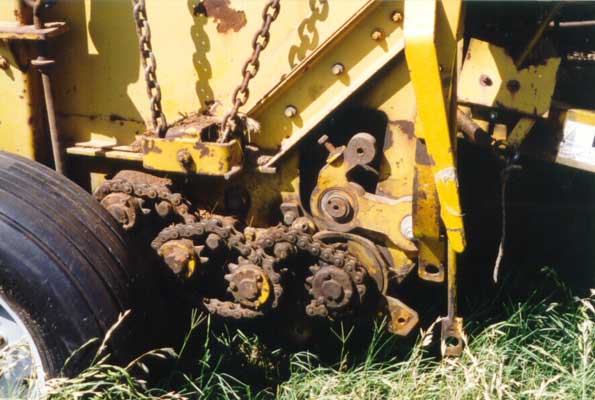 Figure 2. Area shown is the area in which the fire started.
The protective shields were removed after the fire. 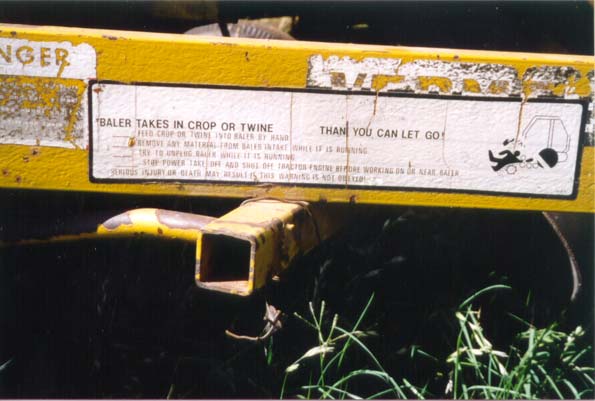