A 37-year-old truck driver died when run over by a backhoe at a road construction site. He was riding on the backhoe by standing on the backhoe step and holding onto the handrail. The backhoe operator saw the victim and assumed he was on when he started backing. The operator looked over his right shoulder and traveled approximately 10 feet before running over the victim. The CA/FACE investigator determined that, in order to prevent future occurrences, employers, as part of their Injury and Illness Prevention Program (IIPP) should:

On August 9, 2002, at approximately 3:00 p.m., a 37-year-old truck driver was killed when he fell off a backhoe he was riding on and was run over by the left front tire. The CA/FACE investigator learned of this incident on August 22, 2002, through the Legal Unit of the Division of Occupational Safety and Health (Cal/OSHA). On September 19, 2002, the CA/FACE investigator traveled to the victim’s place of employment where he interviewed the supervisor and the backhoe operator. He then traveled to the incident scene and took pictures of the site and the backhoe.

The employer of the victim had a written safety program but it was not available at the victim’s work site. There was a written code of safe practices available at the site where the victim worked. Safety meetings were held monthly and were mostly supervisor lectures. The company had a training program at the main office. Training was usually accomplished through on-the-job-training (OJT). The victim and backhoe operator had attending safety meetings where the employer discussed backhoe safety. There was a clear policy that no riders were allowed, however, enforcement of the policy was not consistent.

The site of the incident was a road construction site. A 12-inch water line was being installed in an open trench on a two-lane road adjacent to a fast food restaurant and motel. On the day of the incident, the victim arrived at the incident site with a truck full of gravel and dumped the gravel near the open trench. He was then instructed by his supervisor to grab a shovel and help spread the gravel. After the gravel was spread, the supervisor instructed the backhoe operator to go get some base (dirt and sand mixture), which was about 500 feet away at the end of the trench. The supervisor also instructed the victim to retrieve the water truck, which was in the same area as the base. The victim decided to hitch a ride on the backhoe since it was going in the same direction.

The supervisor was applying tape to the newly installed pipe in the trench when he heard the backhoe operator yell for him. When the supervisor realized what happened, he told the backhoe operator to call 911. The paramedics and ambulance responded and transported the victim to the nearest hospital. While being transported the victim was pronounced dead.

Recommendation #1: Develop, implement and enforce a policy that clearly states no riders are allowed on backhoes.

Discussion: Backhoes are designed for one operator with one set of controls and do not have passenger seats. The step and handrail that the victim used to hitch a ride on the backhoe was designed for the operator to enter and exit the tractor and not intended for riders. Operators of backhoes need to not only demonstrate their ability to operate the controls and movement of the tractor, they also need to demonstrate their knowledge of the safety precautions needed to be taken when operating. One vital point of backhoe operation is not allowing an unsafe practice to occur because “everybody else does it”. Employers can ensure safe work practices by establishing work procedures through programs of training, supervision, safe work recognition, and progressive disciplinary measures.

Recommendation #2: Install safety-warning labels on backhoes that clearly state that riders are prohibited.

Discussion: Sometimes it might be necessary to use visual signs to remind employees of their responsibility when it comes to safety. Posting signs on the backhoes that literally state “NO RIDERS” can alert a possible rider of the imminent danger and might prevent a similar occurrence. 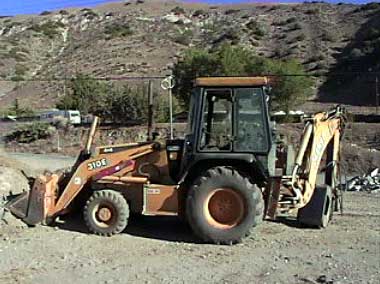 Exhibit #1
View of the backhoe involved in the incident 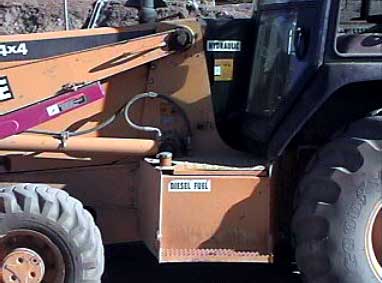 Exhibit #2
Close-up view of the step and handrail used by the victim. 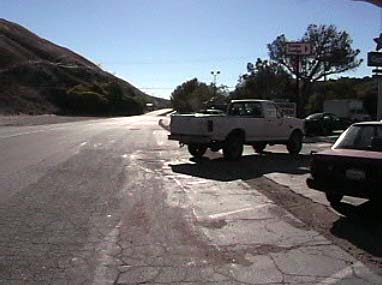 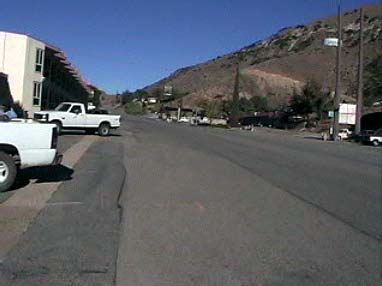