On October 19, 1999, a heavy equipment operator was crushed after being ejected from the operator’s compartment of a front-end loader when it went off a road and began rolling down a slope. The operator (the victim) was driving to a logging camp from a work site. Tracks on the road indicated that the loader moved to the edge of the road, went down the slope, rolled over, and ejected the victim from the operator’s compartment. The victim was crushed beneath the loader. A log truck driver saw the loader on the slope and radioed the camp manager to report the loader’s location and possible injury since he did not see the operator. The driver found the victim approximately 100 feet down slope from the road. Alaska State Troopers were notified, and the victim was declared dead at the scene.

At approximately 11:00 A.M. on October 19, 1999, a 58-year-old heavy equipment operator was killed when a front-end loader he was driving went off a logging access road and rolled down a slope. On October 19, 1999, Alaska Department of Labor (AKDOL) notified the Alaska Division of Public Health, Section of Epidemiology. An investigation involving an injury prevention specialist for the Alaska Department of Health and Social Services, Section of Epidemiology, ensued on October 20, 1999. An on-site inspection was completed on October 22, 1999. The incident was reviewed with AKDOL officials. Alaska State Trooper, Medical Examiner, and AKDOL reports were requested.

The commercial logging operation in this incident was privately owned. The company had been in business since 1972 and had 60 employees during the peak timber cutting season. The victim was an experienced heavy equipment operator and had been employed by the company for 3½ years. His duties primarily consisted of rebuilding and maintaining logging access roads. The victim had a valid commercial driver license.

The company had a written safety program. Safety responsibilities were assigned to the camp manager as collateral duty, pending the hire of a safety officer. All new employees were required to attend an initial hire orientation and CPR/first aid training, if necessary. Employees were also issued a copy of an employee’s handbook that included information on the company safety program. Safety meetings were held weekly by the individual specialty trade groups, such as timber cutters and logging truck drivers. This was the second fatality for the company in 2 years.

The incident occurred on a remote hillside in southeast Alaska, approximately 4½ miles from the main camp. The logging operation transported workers, equipment, and logs over a series of dirt and gravel access roads. These roads connected various logging work sites and staging areas. Stands of timber were marked prior to harvesting. Once cut, the timber was loaded onto trucks for transport back to the yard. All motorized vehicles, including loading and yarding equipment, were equipped with two-way radios. Designated call-in markers were placed along the roadsides, and drivers were required to report in their location as they drove along the network of roads.

The terrain of the logging area varied in slope, altitude, and ground conditions. The yard and main camp areas were primarily flat. Roadbeds consisted of compacted dirt and crushed rock. The roads were graded on a regular basis to remove ruts and potholes created by the heavy equipment and logging trucks. The road at the incident site was at the top of a hillside (Figure 1). The road was cut into the slope and had less than a 10-degree grade at the top of the hillside. The road turned back 180 degrees; the grade increased through the curve and then flattened at the base of the hillside. The hillside immediately below the upper road section was approximately 70 degrees for the first few feet then reduced to 45-50 degrees before tapering to the lower road section.

Figure 1. Slope of hillside (not drawn to scale)

Weather at the time of the incident varied from rain to scattered showers and overcast. The road surface was wet with some puddling and standing water in pitted areas and tire ruts on the flat surfaces. Visibility of the road edge was good.

The equipment involved in this incident was a front-end loader. It was equipped with a rollover protection system that was incorporated into the operator’s compartment. The loader had been transported from another logging camp approximately 2 months prior to the incident. No maintenance records were available for this unit. It was immediately placed in service after its delivery to the camp and had been used around the yard and main camp without incident. However, employees had noted that the throttle assembly was in poor condition. The throttle stuck open, and operators had to pull the throttle pedal back with their foot or hand. After the incident, inspection of the seatbelt and harness assembly revealed missing clasps and sections of belt webbing indicating that the operator was unable to use the seatbelt.

At approximately 10:45 A.M. on the day of the incident, a log truck driver saw the victim as he drove the loader from a staging area toward the main camp. At that time, the two vehicles were about ½ mile from the incident site. At approximately 12:00 noon, another log truck driver observed the loader lying on its side, halfway down a slope (Figure 2). He radioed the camp manager that the loader was off the road and had rolled down the slope. After completing his radio communication, the driver went down the slope to see if he could find the driver. 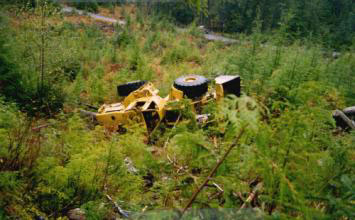 Figure 2. View of front-end loader from top of slope.

He found the victim between the road and the loader. He had been thrown from the operator’s compartment and appeared crushed. A section of the operator compartment windshield and the driver’s seat was 18 feet downslope of the victim (Figure 3). The loader came to rest 52 feet below the windshield and driver’s seat (Figure 4). Alaska State Troopers were notified. The victim was pronounced dead at the scene. 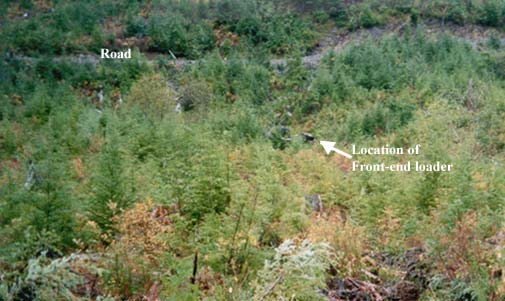 Figure 3. View of slope and upper section of road.

During the investigation, 62 feet of tire tracks, resembling those of the loader, were noted along the road. The tracks were along the edge of the road and ended at the point above the loader’s location on the slope (Figure 5). Since the incident was not witnessed, it was surmised that the loader moved to the road edge before going off the road and rolling over. 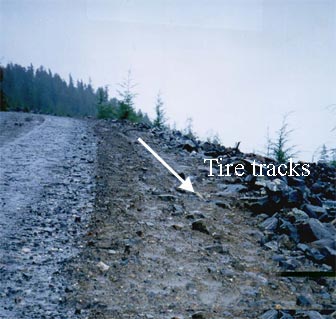 It could not be determined if the loader had stalled, causing a loss of steering or reduced maneuverability. Examination of the loader’s brake system indicated that part of the front brake assembly was missing. The rear brake assembly was intact. Coworkers who responded to the scene reported seeing drag marks on the road. This could possibly indicate that braking (with only the rear brakes) was insufficient to slow and stop the loader; the operator may have lowered the loader’s bucket to drag the ground to try to slow or stop the loader.

Recommendation #1: Employers should ensure that all machinery is inspected and repaired prior to use and that employees not use equipment and motorized vehicles that are not in serviceable condition.

Discussion: In this incident, the equipment was placed in service immediately upon receipt. Repair and maintenance records were unavailable. All equipment should be inspected and repaired according to the manufacturer’s guidelines prior to being placed in service. The operation, maintenance, and repair instruction manual and the equipment’s maintenance records should be requested at the time of purchase (or transfer to another permanent site). If not available, manual(s) should be requested from the manufacturer to ensure the complete and proper assembly and function of the equipment and its components.

In addition, employers should ensure that employees do not use any equipment or motorized vehicle until it is inspected and all defects are repaired. Employers should require employees to inspect equipment per manufacturer’s recommendations prior to its initial use during each work shift. If found defective, notation should be made in the equipment maintenance log, and the equipment removed from service. Unserviceable equipment should not be used and should be replaced.

Recommendation #2: Employers should ensure that brakes on motorized vehicles and equipment are functional and capable of stopping the equipment while carrying the manufacturer’s maximum recommended load.

Discussion: In this incident, the front brake assembly was missing. 29 CFR 1919.266(f)(7)(i) states “Service brakes shall be sufficient to stop and hold each machine and its rated load capacity on the slopes over which it is being operated.” While braking may have been adequate on level ground, the operator’s ability to stop the loader while travelling down a grade may have been severely compromised with only one functional brake assembly. In addition, the manufacturer of the loader recommended that the loader not be used unless both brake assemblies were functional. Operators should regularly inspect their motorized equipment and report any defects, damage, and malfunctions. Scheduled inspection and maintenance is an important measure for providing a safe working environment.

Recommendation #3: Employers should ensure that all motorized vehicles are equipped with functional seatbelts and that seatbelts are inspected on a regular basis.

Discussion: Seatbelts and harnesses are essential mechanisms to contain an operator within the rollover protective structure of motorized equipment. When belted in, the operator cannot be thrown into the path of the rolling equipment. Employers and managers should ensure that seatbelts and harnesses are in good condition and require workers to wear them whenever motorized vehicles are operated.

Recommendation #4: Employers should ensure that inspection, maintenance and repair records are kept on-site and are complete.

Discussion: A preventive maintenance program that includes the inspection, repair, and replacement of all safety devices is essential for safe and efficient use of equipment. By implementing a regular inspection schedule and completing maintenance records, problems may be identified and corrected prior to more significant and costly repairs and replacement. In addition, maintenance records may provide useful information about previous problems, repairs, and out-of-service periods.

The Alaska Division of Public Health, Section of Epidemiology performs Fatality Assessment and Control Evaluation (FACE) investigations through a cooperative agreement with the National Institute for Occupational Safety and Health (NIOSH), Division of Safety Research (DSR). The goal of these evaluations is to prevent fatal work injuries in the future by studying the working environment, the worker, the task the worker was performing, the tools the worker was using, the energy exchange resulting in fatal injury, and the role of management in controlling how these factors interact.