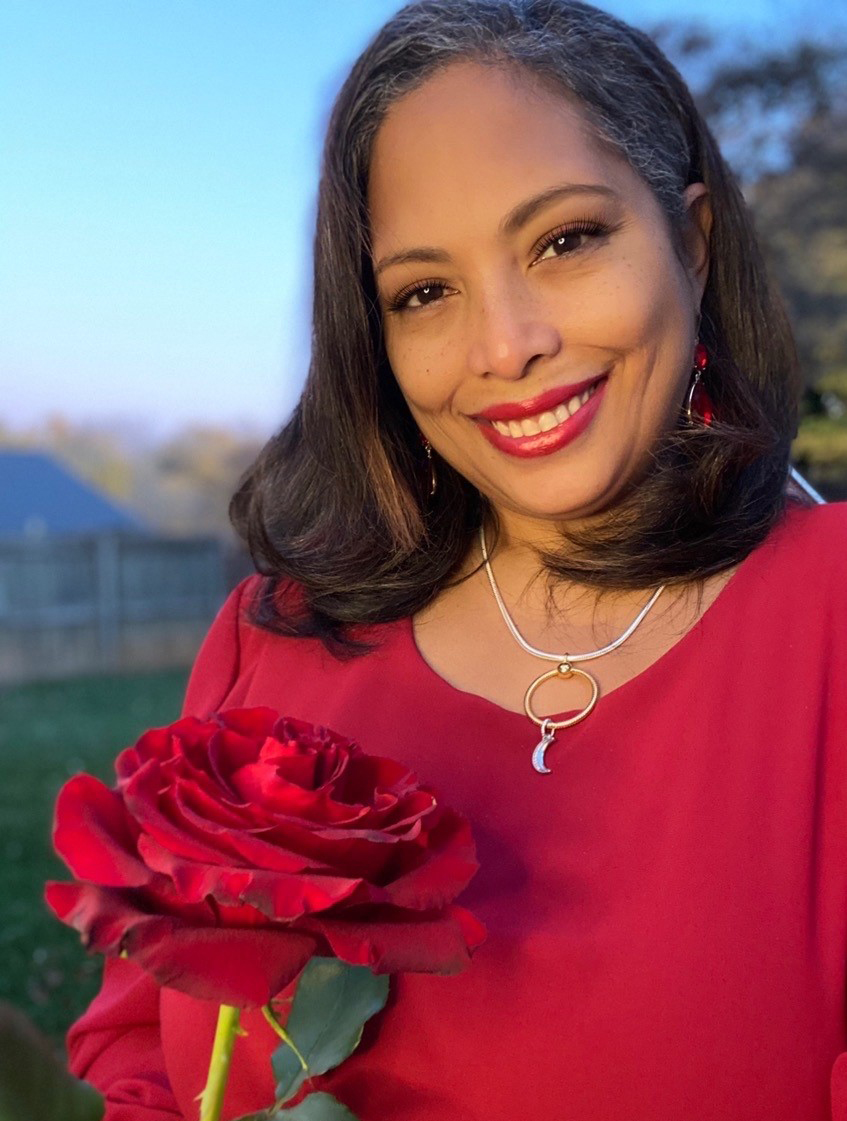 My name is Nilda Maria Navedo, and I am 44 years young. I was born in New York City, raised in Washington Heights. My mother is from the Dominican Republic, and my father is from Puerto Rico. They both carry the sickle cell gene, but they did not know it. I have an older sister who is a carrier (a term used when someone inherits one sickle cell gene from one parent and one normal gene from the other parent, also known as sickle cell trait), and I was born with sickle cell anemia (SCA, when two sickle cell genes are inherited, one from each parent). My cousin, Vanessa, also had SCA.

SCA has three different names depending on the Latin cultural dialect. For instance, in the Caribbean, it is called “anemia falciforme.” In Central and South America it is “sicklemia,” and is also known as “anemia drepanocítica.” When I was younger, this made it harder for me to search for resources and learn more about my illness.

Growing up with Sickle Cell Anemia

I grew up during a time when a problem inside the family stayed within the family. My family knew I was born with a chronic disease, but I was simply a sick child to the community due to pride and privacy. I was not allowed to participate in activities that children in our neighborhood enjoyed. For example, the fire department would open the fire hydrant for people to cool off during hot summer days, and everyone from young to old would enjoy getting wet while I watched on the steps of our building. I missed many school days, and when I was able to go to school, I was often set aside during recess and dressed in layers to stay warm out of worry that I could get a pain crisis.

At the age of 7, I experienced my first hospitalization and blood transfusion due to pancreatitis. At the hospital, I was wearing an oxygen mask to help me breathe. Two nurses, one on each side of me, were manually performing a blood transfusion. One nurse was taking out blood with a large syringe in one arm and the other nurse was putting in new blood into my body through a vein in the other arm. I received 6 units of blood. I realized I was different from other kids at a young age and wondered whether I would be able to enjoy birthdays or other activities because my mother and I often had to stay home because of my illness.

When I was 11 years old, Vanessa and I went to Hole in the Wall Gang Camp. It’s a special memory because it was the first time we felt like normal kids. I was allowed to do things that my parents would not let me, like swimming, because they were worried it could lead to a pain crisis. At camp, we had an activity called “polar bear swimming,” where we went into the pool in the morning and were given many heavy blankets when we got out of the pool to stay warm to help avoid a pain crisis. We also got to go camping and do woodworking. We met other kids with illnesses, not just kids with sickle cell disease (SCD). When everything seemed like a “no” for us, camp was where things were a “yes” with a medical team that could take care of us at any time. It was one of the best experiences growing up.

My grandmother and my faith have strongly influenced how I deal with SCA. My culture relies heavily on nature. I endured pain for many years and when I was young, the only medication I knew of was penicillin and folic acid. Growing up, my grandmother made vegetable juices; homemade syrups made with onion, radish, and honey; and plenty of pain salve to help manage my pain. These continue to be part of my regimen today. Other home remedies, such as rubbing over the counter ointments on my nose and the sole of my foot before going to bed and other ointments, were used to manage my pain. I have recipes to help me manage different complications or symptoms. Faith has always had a strong presence in my life. My family celebrated my quinceañera (a Hispanic tradition to celebrate a girl’s 15th birthday) by taking us to Venezuela to visit the burial site of San Gregorio Hernandez, who is seen as a holy figure and known as the poor people’s doctor.

The turning point in my life was losing Vanessa. She was the only one I knew who shared my experiences. We were cousins, but, in my heart, we were sisters. She died at the age of 20 from pneumonia, a complication from her SCA. My family had relocated to Charlotte, North Carolina a year earlier, but family was always a priority. The experience of losing her was painful, but it taught me two lessons: (1) life is a precious gift, and (2) life is also a chance to live each day as if it is your last. After Vanessa’s death, I fell into a deep depression, and my health declined. I experienced many pain crises. I was hospitalized frequently and needed many blood transfusions. To help lift my spirits, my mother enrolled me in Pageant for Latinas in Charlotte. In 1996, I was crowned as the first “Reina Latina”. I use my platform to reach out to the Hispanic community and raise awareness of lesser-known illnesses like mine. I often share the importance of donating blood and registering with Be the Match with my community because we need donors that are Hispanic. If we receive blood donations from people with a similar background, we have more possibilities of the blood being a good match. This is the same for bone marrow (a bone marrow transplant, also known as a stem cell transplant, may potentially cure children and teenagers with sickle cell disease).

Now at age 44, I live my life with my cousin and grandmother as my guardian angels. I share my story to inspire other sickle cell warriors to open up and share their struggles, and I hope my story can help increase education and awareness of SCD in the Latin community. I’ve traveled to Cuba, Brazil, Venezuela, and the Caribbean and connected with other sickle cell warriors from those areas. I inspire others with SCD to live a full and happy life by sharing my accomplishments as I earned my Bachelor of Science degree and had a great career as an Assistant Manager at The Hearst Corporation.

I feel honored to be a part of the important changes happening within the realm of SCD. I am currently serving on two committees researching methods for improving care for people living with SCD. One of my proudest moments was when I was invited to the National Hispanic Caucus of State Legislators and the National Black Caucus of State Legislators in 2006. I had the opportunity to share my personal experience living with SCA, and how it can affect a person’s physical, mental, and emotional well-being.  As a result, a resolution was passed in Congress to provide more funding for the Sickle Cell Treatment Act, and I served as a Member of the North Carolina Council on Sickle Cell Syndrome for three Governors.

CDC would like to thank Nilda for sharing her story.