Sickle cell disease (SCD) is a group of inherited red blood cell disorders. In SCD, the red blood cells become hard and sticky and look like a C-shaped farm tool called a “sickle.” The sickle cells die early, which causes a constant shortage of red blood cells. Also, when they travel through small blood vessels, they get stuck and clog the blood flow. This can cause pain and other serious problems such as infection, acute chest syndrome, stroke, and organ damage.

People with SCD start to have signs of the disease during the first year of life, usually around 5 months of age. Symptoms and complications of SCD are different for each person and can range from mild to serious.   Treatments are available that can prevent health problems or complications and lengthen the lives of those who have this condition. 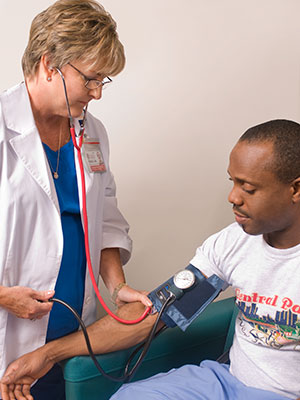 The Centers for Disease Control and Prevention’s (CDC) National Vital Statistics System collects information on all deaths occurring in the United States, and this information can be used to understand the underlying complications that contributed to a person’s death, watch trends in these complications over time, and help inform public health program planning.

Researchers from the CDC conducted a study using death certificate information from the National Vital Statistics System.  Researchers examined deaths in people whose death certificate indicated that they had SCD.  They compared their causes of death to the causes of death among a group of people who had no indication of SCD but were similar to the SCD group in terms of their race, sex, age, and year of death. The study aimed to:

We invite you to read the study’s abstract here.external icon

Because of the potential for incorrectly assigned deaths using only death certificate information, future work will look to confirm the trends noted in this study in other datasets that include additional pieces of information.