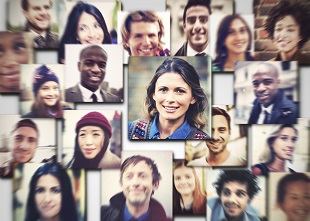 The actual number of people affected by VTE (blood clots) in the United States is uncertain and reported estimates vary widely, ranging from 350,000 to 900,000 cases per year. Further, the estimated number of people who die each year from blood clots is from 100,000 to 300,000. Unfortunately, current estimates are not precise because they are based on studies in counties that are not representative of the U.S. population and they may underestimate the true occurrence of VTE. VTE is a significant public health problem, but it is also preventable! In order to better guide VTE prevention efforts and save lives, it is important to understand the true number of people affected by VTE in the United States.

CDC funded the College of Public Health at the University of Oklahoma Health Sciences Center to develop and conduct a project to monitor the occurrence of VTE in Oklahoma County. The goals of the project were to implement new approaches to provide valid estimates of

What is Venous Thromboembolism (VTE)?

What is Deep Vein Thrombosis (DVT)?

Deep Vein Thrombosis is a condition in which blood clots form in the deep veins of the body.

What is Pulmonary Embolism (PE)?

Pulmonary Embolism occurs when a clot breaks free and blocks the arteries of the lungs.

This study published in the American Heart Journal used multiple methods to collect and link data from a variety of sources to capture inpatient, outpatient, and death-related VTE events in Oklahoma County during the period April 1, 2012 to March 31, 2014. The population in Oklahoma County is representative of the racial/ethnic diversity of the U.S. population (except for a higher percentage of American Indians, 7.7% versus 1.7% for the United States overall).

The purpose of this paper is to describe the development of population-based monitoring for VTE and the methods that were used to conduct the monitoring.

Currently, there is no national monitoring system for VTE, making it difficult to understand the true burden of VTE in the United States. The methods and results of this project will help inform future efforts to develop valid U.S. estimates of VTE burden and will help guide VTE prevention efforts. The findings from this project will help researchers establish valid estimates of the number of people affected by VTE in Oklahoma County (including associated rates of illness and death), describe characteristics of the affected population and their VTE events, and characterize current VTE prevention efforts.