Research on Bleeding Disorders in Women 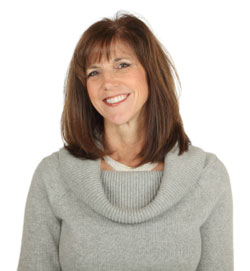 Why We Do Research

Women with bleeding disorders can experience complications, such as heavy menstrual bleeding (called menorrhagia) and bleeding after pregnancy that can affect their overall health. CDC collaborates with public and private organizations in conducting research to better understand bleeding disorders affecting women and girls.

Current research suggests that many cases of menorrhagia might be due to an underlying bleeding disorder, the most common of which is von Willebrand disease (VWD). A 2002 CDC study of obstetricians and gynecologists in Georgia found that only 4% of the doctors who responded would have considered VWD as a possible cause of heavy menstrual bleeding. Those doctors also thought that only about 1% of women with heavy menstrual bleeding might have VWD. However, studies in the United States and Europe have shown VWD to be much more common; from 16% to 37% of women with heavy menstrual bleeding have been found to have VWD. Women with bleeding disorders might be at an increased risk for other gynecological complications, such as ovarian cysts, endometriosis, fibroids, and miscarriage; however, more study is needed.

Some areas of CDC research in bleeding disorders affecting girls and women include the following:

The Universal Data Collection (UDC) System was a research project designed to study information from the medical records and blood specimens of people who have hemophilia and other bleeding disorders. The goal of UDC is to reduce and prevent complications of bleeding disorders. Information was collected to help determine rates and severity of disease complications, describe treatment and care patterns, assess quality of life, and determine health issues for further study.

Over the last 20 years, the number of women and girls with bleeding disorders visiting federally funded hemophilia treatment centers (HTCs) for care has increased steadily. As women and girls continue to seek care at HTCs, there was a need to learn more about the issues they face.

The goals of this effort were to:

Initial results from this project demonstrate that heavy menstrual bleeding was the most common bleeding symptom (198/253; 78.3%); however, 157 (49.2%) participants reported greater than four symptoms. Various pregnancy and childbirth complications were reported, including bleeding during miscarriage (33/43; 76.7%) and postpartum hemorrhage (41/109; 37.6%).

A new initiative, Community Counts- Registry for Bleeding Disorders Surveillance, will build on the past work of the UDC and continue surveillance of this population.

Collaborating with the National Hemophilia Foundation (NHF), CDC engaged Harris Interactive to conduct a national, Internet-based market research survey of young women 18 through 25 years of age. The objective of this survey was to learn more about perceptions of menstrual periods and to measure awareness and recognition of a bleeding disorder. These survey findings will help CDC determine effective and innovative ways to reach young women and encourage the early diagnosis of a bleeding disorder such as VWD. CDC and NHF will design the appropriate messages, materials, and strategies to raise awareness, educate, and influence behavior. The messages and materials developed will be provided to the community through peer education, social networking, print, web, public service announcements, magazine articles, and local NHF chapters.

Menorrhagia is a common clinical problem among women. The underlying cause is not identified in 50% of cases; therefore, women might have undiagnosed VWD or another blood disorder. The majority of women with uncontrolled menorrhagia undergo a hysterectomy or other surgical procedures to relieve excessive bleeding. In this study, two noninvasive therapies―desmospressin and tranexamic acid―were compared. Both therapies were found to (1) reduce menstrual blood loss, and (2) improve the quality of life for women who had menorrhagia and abnormal laboratory findings. However, tranexamic acid was shown to have a greater effect.

Provider Survey with the American College of Obstetrics and Gynecology

Obstetricians and gynecologists are generally the first healthcare providers to encounter a woman with menorrhagia. However, they are generally unlikely to initially consider an underlying blood disorder as the cause of heavy menstrual bleeding. To learn more, CDC partnered with the American College of Obstetrics and Gynecology (ACOG). A national survey of obstetricians and gynecologists was developed to evaluate their knowledge, attitudes, and practices concerning the role of blood disorders in menorrhagia. The majority of physicians surveyed reported they would be likely or very likely to consider a bleeding disorder as causing heavy menstrual bleeding in adolescent patients; however, less than 40% would consider bleeding disorders in reproductive age women.

Postpartum hemorrhage (PPH), which is severe bleeding by the mother after delivery, is a significant public health problem and the leading cause of death among women during childbirth. Women with VWD are more likely to experience PPH and are 10 times more likely to die from childbirth complications than women without VWD.1 Through proper diagnosis and management of a bleeding disorder during pregnancy, potentially fatal complications can be prevented. CDC conducted research to learn more about improving the health outcomes of women with bleeding disorders.

The goals of this research include:

Study on Bleeding During Early Pregnancy

Referring women who have unexplained menorrhagia for testing to determine if they have a bleeding disorder is challenging from the perspectives of public health and cost. Justifying a recommendation for testing all women who have menorrhagia is difficult because most women tested will not have a bleeding disorder. From a financial perspective, these tests are expensive so this approach would be costly. To help address this issue, CDC funded research to develop an eight-question screening tool to help identify women who would be most likely to benefit from the testing.