Bleeding Disorders in Women and Girls: State of the Science and CDC Collaborative Programs

Women and girls with bleeding disorders experience abnormal and excessive bleeding that can negatively impact their overall health and quality of life. Improved public and provider awareness and understanding of the unique needs of women and girls with bleeding disorders is needed to achieve appropriate care and treatment and to ensure the best possible health outcomes and quality of life. 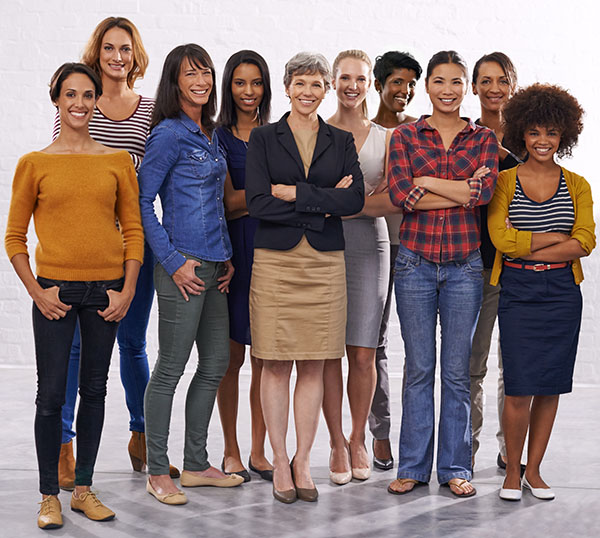 The Centers for Disease Control and Prevention (CDC) recently published a review article in the Journal of Women’s Health that provides an overview of the state of the science of bleeding disorders in women, and describes CDC activities related to

A person’s blood contains small cells called platelets and proteins called clotting factors. When bleeding occurs, the platelets and clotting factors undergo a series of steps to form a clot at the site of injury, and thus, stop the bleeding.  Bleeding disorders can occur because of a problem at any step in this clotting process.

Other bleeding symptoms (which occur in both men and women) include nose bleeds, gum bleeding, easy bruising, excessive bleeding after surgical or dental procedures, and in rare cases, bleeding into their joints or muscles, which can have long term impacts on their mobility (ability to move around and perform routine activities).

It is important that women with bleeding disorders be cared for at specialized treatment centers called hemophilia treatment centers (HTCs). Their healthcare providers should have expertise in both bleeding disorders (hematology) and obstetrics and gynecology (OB-GYN), including an understanding of how to treat heavy menstrual bleeding. Their care should also include genetic testing and counseling on their risk of passing down their specific bleeding disorder to their children. It is important that care during pregnancy is coordinated between their obstetrician and hematologist.

von Willebrand disease (VWD) – a lack of, or problem with, the functioning of von Willebrand factor (VWF), a protein that’s important in ensuring the platelets are able to function properly and that normal amounts of another important clotting factor (factor VIII (8)) are maintained in the blood.

Rare clotting factor deficiencies – a lack of other clotting factors beyond factors VIII and IX (these are very rare because a person must inherit a gene from each of their parents to develop these disorders).

Platelet disorders – many different types of disorders that cause a lack of platelets (thrombocytopenia) or a problem with platelet functioning, or both.

Fibrinolytic disorders – a problem with the proteins needed to break down the clot once the bleeding has stopped; in these disorders the defect in the proteins leads to the clot breaking down too quickly, resulting in delayed bleeding.

Connective tissue disorders – excessive bleeding caused by fragile blood vessels, which makes it difficult for the platelets to begin the process of forming the clot at the site of injury.

Since 1998, CDC together with partners including the US Hemophilia Treatment Center Network (USHTCN) and the American Thrombosis and Hemostasis Network (ATHN) has supported ongoing health monitoring of people with diagnosed bleeding disorders who receive care at federally-supported HTCs across the US. This clinical network currently includes 145 HTCs.

Over the past few decades, CDC scientists have led or collaborated on many important studies related to the identification and healthcare needs of women with bleeding disorders. A summary of the findings from these research activities is as follows:

Non-CDC studies have provided context to the CDC findings that showed delayed identification of bleeding disorders in women and girls. Numerous studies have documented women’s reports of their barriers to care. In various studies, women reported that their symptoms made them feel isolated and stigmatized11,12,13 and that they have perceived discrimination and sometimes bullying from healthcare providers because of their gender, with their symptoms not taken seriously13. This can lead to women with heavy menstrual bleeding not seeking care and thus going undiagnosed and untreated14.

The CDC currently funds and works closely with the National Hemophilia Foundation (NHF) and the Hemophilia Federation of America (HFA) to develop and carry out health promotion and prevention programs for women and girls with bleeding disorders. The desired outcomes for these programs are for

The Better You Know campaign was developed by NHF and CDC to raise awareness of bleeding disorders among women and girls who may experience bleeding symptoms but have not yet been diagnosed and to increase knowledge and awareness among non-hematology healthcare providers. Better You Know includes various online and print materials.

Additionally, an online learning management module was developed to increase knowledge and awareness among undiagnosed and diagnosed females within the bleeding disorders community. The educational module provides information about self-advocacy, signs and symptoms of bleeding disorders, diagnostic testing and treatment, understanding life balance, and health promotion.

CDC’s future activities with NHF and HFA include working together to develop innovative provider training programs for hematologists and OB-GYNs.