Oakland Unified School District (OUSD)’s Healthy Oakland Teens Program is an example of one program that meets these criteria. OUSD implemented a successful campaign to ensure all 6th, 7th, and 9th graders in their district receive evidence-informed sexual health education.

Just as schools are critical settings for preparing students academically, they are also vital partners in helping young people take responsibility for their health. School health programs can help teens adopt lifelong attitudes and behaviors that support overall health and well-being—including behaviors that can reduce their risk for HIV and other sexually transmitted diseases (STDs).

Programs that are most effective in reducing sexual health risk behaviors among teens have several common attributes, which include: 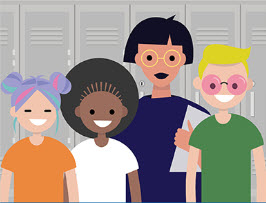 In 2011, the statistics for STDs in Oakland were startling: the rates of gonorrhea and chlamydia were twice as high as the overall county rate.

At that time, there was no consistent approach to sexual health education in OUSD, with some classes focusing exclusively on HIV prevention and other classes only discussing pregnancy prevention. Other important topics, such as LGBTQ health, were generally not addressed.

A group of dedicated OUSD staff decided to change that story. Working together they compiled data, navigated challenges and created a collaborative solution, which was then funded through the Centers for Disease Control and Prevention (CDC).

OUSD is one of 17 local education agencies in the nation that received funding from CDC’s Division of Adolescent and School Health (DASH).

A new curriculum debuts to thousands of teens

OUSD offers training at every school within the district, not just the selected priority schools as required by CDC/DASH funding.

The program will also continue to market the Healthy Oakland Teens app as a valuable resource to students. 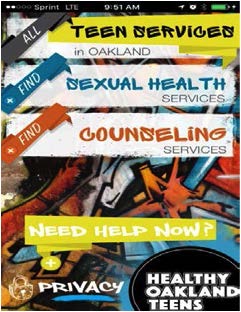