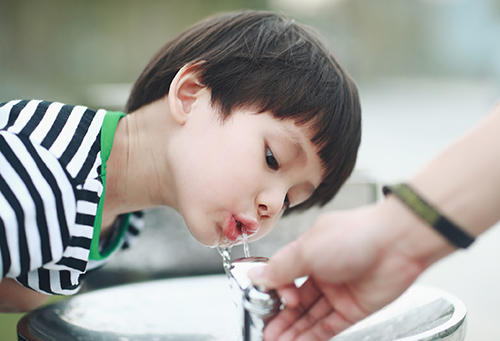 The U. S. Environmental Protection Agency (EPA) sets standards and regulations for many different contaminants in public drinking water, including disease-causing germs and chemicals. Read the information below to learn more about EPA’s drinking water regulations.

National Secondary Drinking Water Regulations (NSDWR) are guidelines to help public water systems manage their drinking water for issues not related to health, such as taste, color, and smell. Water systems are not required to follow these water quality standards for the 15 contaminants listed. Although these contaminants may not be harmful to public health, if they are in water at levels above the standards, they can cause the water to look cloudy or colored, or to taste or smell bad.

The SDWA includes a process that EPA must follow to name unregulated contaminants that may require regulation in the future. EPA must publish this list of contaminants—called the “Contaminant Candidate List,” or CCL—every five years and decide whether to regulate at least five or more of the contaminants on the list (called “Regulatory Determinations”).

The SDWA does not apply to bottled water. Bottled water is regulated by the U.S. Food and Drug Administration, not EPA.

Every public water system or community water supplier must provide an annual report, sometimes called a Consumer Confidence Report (CCR), to its customers. The report provides information on local drinking water quality, including the water’s source, contaminants found in the water, and how consumers can help protect their drinking water.