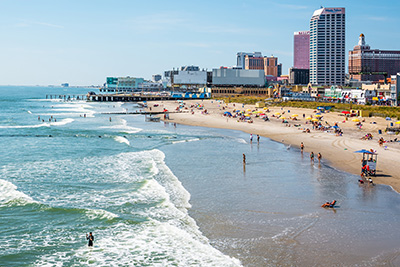 Cholera, caused by the bacterium Vibrio cholerae, is very rare in the U.S. Cholera was common domestically in the 1800s but water-related spread has been eliminated by modern water and sewage treatment systems.

Nearly all cholera cases reported in U.S. are acquired during international travel. U.S. travelers to areas with cholera (for example, parts of Africa, Southeast Asia, or Haiti) may be exposed to Vibrio cholerae.

During outbreaks in countries near the U.S., such as Haiti in 2010 and Latin America in the 1990s, cholera cases reported domestically increased. In addition, contaminated seafood brought into the U.S. has caused cholera infections.

CDC, through collaborative efforts among state health departments, provides a comprehensive list of diseases that occur in the U.S. Any cholera case is reported nationally through the CDC and internationally in compliance with the World Health Organization’s International Health Regulations.

There are several systems at the CDC that conducts surveillance for Vibrio infection:

The Cholera and Other Vibrio Illness Surveillance System (COVIS) was initiated by CDC, FDA, and the Gulf Coast states (Alabama, Florida, Louisiana, and Texas) in 1988. CDC maintains COVIS to obtain reliable information on illnesses associated with a species in the family Vibrionaceae; COVIS provides this information, which includes risk groups, risk exposures, and trends to regulatory and to other prevention agencies. COVIS is part of the National Surveillance Team of the Enteric Diseases Epidemiology Branch.

All confirmed cases of Vibrio infection should be reported to the CDC using the Cholera and Other Vibrio Illness Surveillance Report Form [PDF – 7 pages] and the seafood investigation form [PDF – 2 pages] if applicable.

The National Notifiable Diseases System (NNDSS) collects and compiles reports of nationally notifiable infectious diseases, including cholera and vibriosis. NNDSS collects data from states on both laboratory-confirmed and probable cases of infection.

The National Antimicrobial Resistance Monitoring System (NARMS) monitors antimicrobial resistance among enteric bacteria (including Vibrio) from humans. Since 2009, NARMS has requested submission of all Vibrio isolates from participating laboratories for antimicrobial susceptibility testing.