Cholera in Haiti: One Year Later 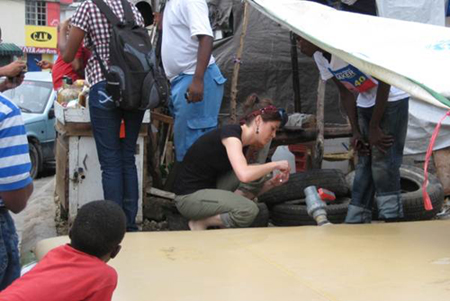 On October 19, 2010, ten months after the catastrophic January 2010 earthquake in Haiti that killed over 200,000 people and displaced over 1 million, the Haitian Ministry of Public Health and Population (MSPP) was notified of a sudden increase in patients presenting with watery diarrhea and dehydration in the Artibonite and Centre Departments. On October 21, 2010, the Haiti National Public Health Laboratory identified the pathogen as Vibrio cholerae. One day later, the first cholera outbreak in Haiti in at least a century was officially announced.

To date, over 470,000 cases of cholera have been reported in Haiti with 6,631 attributable deaths. After one year, this marks the worst cholera outbreak in recent history, as well as the best documented cholera outbreak in modern public health. Since the beginning of the outbreak, CDC has worked closely with MSPP to combat the cholera epidemic and reduce the impact of the disease.

One year after the beginning of the outbreak, the case fatality ratio has dropped below the World Health Organization 1% standard, and more people have access to clean water. However, cholera continues to spread throughout Haiti. Experience from past cholera outbreaks around the world suggests that Haiti may have ongoing cholera transmission for years to come. Improving Haiti’s water and sanitation infrastructure is critical to achieving large health gains and reducing the opportunity for cholera to spread. To date, the United States Government has spent over $75 million on improved water, sanitation, and hygiene facilities, establishing and running cholera treatment centers, training Haitian health care workers in preventing, diagnosing and treating cholera, and providing treatment and prevention materials. CDC will continue to invest in cholera prevention infrastructure and activities, while also maintaining relationships with other agencies and partners to reestablish and strengthen public health systems in Haiti.

Within days of the outbreak, MSPP, with technical assistance from CDC and its partners, established a national surveillance system to track cases of the disease. MSPP, CDC and its partners quickly developed cholera treatment and prevention materials and trained over 500 health care workers across the country; numbers of workers trained swelled to upwards of 10,000 by March 2011. US government agencies including CDC helped to leverage in-country resources, most notably the Presidents’ Emergency Plan for AIDS Relief (PEPFAR) and non-governmental organizations, to increase the number of cholera treatment centers and oral rehydration points. These efforts helped reduce the initial mortality rate from nearly 4% of all cases to less than 1%, saving an estimated 7,000 lives.

Within the first week of the outbreak, MSPP quickly provided Haitian news outlets with five basic prevention messages advising Haitians how to protect themselves from cholera: 1) drink and use safe water; 2) wash your hands often, using soap and water; 3) use latrines or bury feces and do not defecate in any body of water; 4) cook food well, keep it covered, eat it hot, and peel fruits and vegetables; and 5) clean up safely in the kitchen and in places where the family bathes and washes clothes. These messages were quickly supported with instructions on how to treat cholera and other forms of acute watery diarrhea by preparing and providing Oral Rehydration Solution to all people early in the course of their illness, Diagnosis and Testing guidelines, and Clinical Presentation & Management guidance. CDC translated materials into French, Haitian Creole, and Spanish.

In November 2010, CDC conducted a Train the Trainer clinical instruction series, using these materials, to train over 500 Haitians through master trainers selected by MSPP. Community health workers (CHW) play an essential role in providing healthcare services and education at the community level, particularly in rural areas. In collaboration with MSPP, CDC developed CHW training materials on cholera education and prevention and trained 24 master trainers from MSPP and partners representing all 10 departments. Master trainers subsequently trained more than 1,100 CHWs using CDC materials between March and June 2011; additional CHW training and outreach is ongoing. This training, which emphasizes that “no one need die from diarrheal disease,” continues to build Haitian capacity in managing this disease. 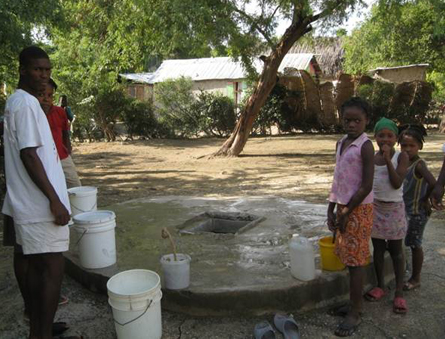 CDC’s work in Haiti in response to the Cholera epidemic is highlighted in the November 2011 issue of Emerging Infectious Diseases.