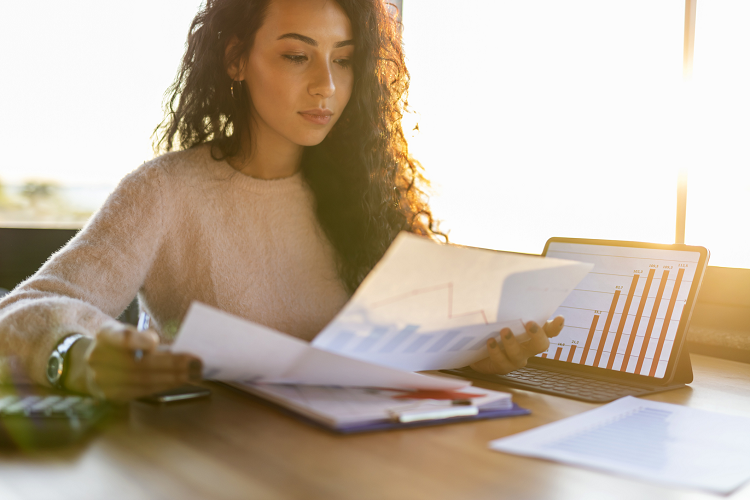 Awardees use data improvement processes to ensure their screening data are up-to-date.

Awardees in CDC’s National Breast and Cervical Cancer Early Detection Program have found many innovative ways to help women get the cancer screening tests they need. Below, we share highlights from some programs that took steps to ensure patients’ screening data were correct and used data to reach women who needed cancer screening services.

During a quality assurance review in 2016, the Texas Breast and Cervical Cancer Servicesexternal icon program noticed an increasing number of errors in their computer system about the women it served. This was a problem because it is important to make sure that women receive timely, appropriate, and high-quality care.

The Louisiana Breast and Cervical Health Programexternal icon prioritizes serving racial and ethnic minorities who are dying of breast cancer at a higher rate than white women in the state. However, program staff didn’t know where women who were eligible for the program lived and whether their efforts were reaching their intended audience.

To address this, the program used the U.S. Census Bureau’s Small Area Health Insurance Estimates and American Community Survey data to identify the areas within the state with high rates of death due to breast cancer. The program created community profiles, which included estimates of age, income, geography, and race and ethnicity. It also collected information about doctors in those areas. The program used the community profiles to plan screening services and activities and help doctors meet the needs of women in those communities.

During fiscal years 2016 through 2018, 47% of the women served were Black and 18% were Latina, a large reach into these communities.

A contractor for the Cancer Control Program attends at least three-fourths of the mammogram van events to get information about the patients so that each can receive follow-up services. The program helps patients get cancer screening tests or more follow-up tests and refers them to other chronic disease prevention programs if needed. As a result, in 2019, more women are using breast and cervical cancer screening vouchers, and more women are getting screened at the hospital. 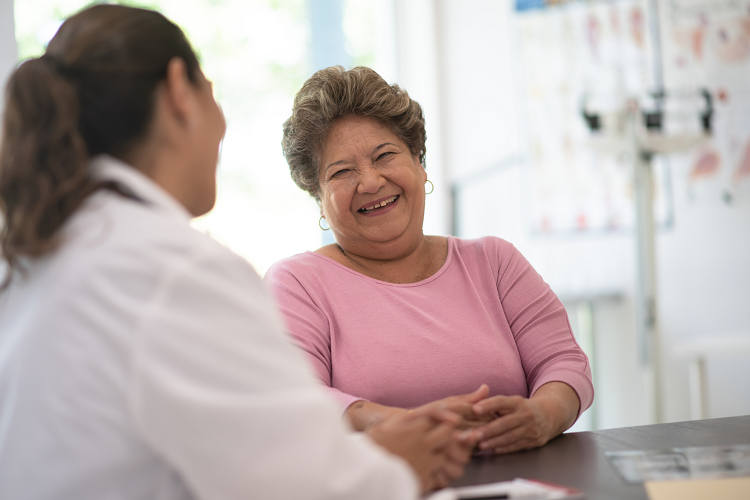 Data, such as community profiles, can help programs identify eligible screening populations that they may have overlooked and not served previously.

Using data from women who got mammograms, a national health survey, and the state cancer registry, the Arkansas BreastCareexternal icon and Cancer Survivorship Program made maps showing which counties needed the most help. The maps showed counties with high numbers of women who never had a mammogram or whose last mammogram was more than two years ago, places where women could get a mammogram in each county, and counties with high rates of women getting and dying from breast cancer. The maps, called data maps, helped the program figure out how to reach women most in need.

The data maps guided other new activities to reach women who found it hard to get screened. For example, the mobile mammogram service was expanded. Program staff educated women in shelters, recovery and addiction centers, and prison rehabilitation facilities about the importance of getting mammograms and helped them enroll in the program. The program worked with the Arkansas Coalition of Marshallese to refer women to a community health system and helped them design educational brochures in their native language.

“The Let No Woman Be Overlooked Program saved my life! I hadn’t been to the doctor in more years than I can remember, and I had found a breast lump. I didn’t know what to say when I called, and I was scared and afraid of what they might find during my appointment. I ended up being diagnosed with breast cancer, but at an early stage. Through the kindness, support, and resources made available to me through the program and staff, I was able to get the care and treatment I needed and am alive today because of it!”

In 2018, the New Hampshire Breast and Cervical Cancer Programexternal icon used a national data source (the U.S. Census Bureau, American Community Survey) to find areas in the state where more women may need its breast and cervical cancer prevention and screening services. The program found places where many people have low incomes, little or no health insurance, disabilities, and trouble getting transportation; some are ethnic minorities, some don’t speak English, and some are single mothers.

The program used this information to contract with health care systems in the identified areas to focus services, outreach, and patient navigation to serve more women in need in 2019 and beyond.

In 2014, Women’s Wellness Connection Coloradoexternal icon funded community organizations and health systems to make it easier for residents to get screened for cancer. Those funded partners were asked to report on how well they were reaching women. The combined information in the reports did not have enough detail for the program to know which activities worked best for the groups of women they were trying to reach. Also, the funded clinics could not tell which women were being screened for cancer as a result of these community efforts.

In July 2018, Women’s Wellness Connection Colorado developed a data collection guide and a web portal for partners to report information on the women who were helped through the program. The program reviewed the data regularly to look for unclear data that needed follow-up. Also, when possible, they connected the data in the portal with screening data reported to CDC to make sure all of the information was correct.

The web portal lets Women’s Wellness Connection Colorado see how funded partners are helping women in the community and whether their efforts are increasing the number of women who get screened. The program can see the type of help each woman received, how it was received, and whether she was screened. Partners also can get quarterly reports from the portal to see how they are doing.

After the funded partners began to report data for individual patients instead of combined data, the program was better able to calculate cancer screening rates. For instance, breast cancer screening rates went up from 48% to 63%. The program now has the information it needs to know whether outreach efforts are working and which factors lead to success.

Missouri’s Show Me Healthy Women Programexternal icon helped review medical records in eight federally qualified health centers in southeast Missouri in late 2018 and learned that they were not reporting cancer screening numbers correctly. Clinic staff were not entering screening information in the part of the computer system that doctors could access, and patient-reported screenings were entered in the system without test results.

Staff who greatly supported making the clinic better, called quality improvement champions, reviewed each clinic’s workflow and trained doctors and nurses on how to enter cancer screening information into the computer correctly. The quality improvement champions also trained clinic staff on how to upload paper copies of test results from other clinics, and made it easier for clinic staff to request patients’ test results. Patients now complete a release of information form so the clinic can get their medical records from other clinics. Patients who are referred to other clinics for tests are also given a business card with contact information, including a fax number, to send test results back to the clinic.

The computer highlights patients with outside tests and tells staff if the results are not received by a certain time. Also, each clinic has a person who answers questions about record reviews and is responsible for staff training. Every week, 10% of each clinic’s records are checked by a quality control team to make sure they are right. As of late 2019, doctors at the clinics now get better reports each month telling them how well they’re doing.