Awardees use mobile mammography vans to provide screening services to isolated and underserved populations, such as women living on Indian reservations.

Award recipients in CDC’s National Breast and Cervical Cancer Early Detection Program have found many innovative ways to help those in need of cancer screening get the tests they need. Below, we share highlights from some programs that reached out to underserved populations including women without insurance and women who speak languages other than English.

The Navajo Breast and Cervical Cancer Prevention Programexternal icon wanted to reach women in the isolated To’Hajiilee community on the Navajo reservation who had never been screened for cancer. The Canoncito Health Center offered mobile mammography events, but not many women attended. The To’Hajiilee women mostly speak Navajo, while the medical staff may not. So, they were not able to educate the women on why they need to be screened for cancer or invite them to the mobile mammography van.

The program’s bilingual staff started riding on the mobile mammography van to provide translation services. These staff translate for health care providers, educate women on the importance of screening, explain the screening process, and calm their fears. In addition, the bilingual staff talk to women at community events in To’Hajiilee and set up a table at the Canoncito Health Centerexternal icon so they could tell women coming in for other appointments about the mobile mammography van.

The number of women attending the mobile mammography events rose from 20 at the 2017 event to an average of about 39 at two events in 2019. The Navajo Breast and Cervical Cancer Prevention Program’s bilingual staff are now the primary resource for cancer education in the To’Hajiilee community, and the partnership was extended through June 2021.

Women who live in shelters for homeless or battered women, rehabilitation centers, and prison release homes are some of the most likely to never have had a mammogram. Women who aren’t screened for breast cancer as recommended are more likely to have breast cancer found at a late stage, when it’s harder to treat.

Between October 2019 and February 2020, the Arkansas BreastCareexternal icon program reached out to women at 23 such sites. Program staff visited them and explained why cancer screening is important. They also arranged for a mobile mammography van to visit some sites. Seven women were enrolled in the BreastCare program, which is funded by CDC’s National Breast and Cervical Cancer Early Detection Program. Four women got free or low-cost mammograms. One of these women had breast cancer.

The North Carolina Breast and Cervical Cancer Control Programexternal icon participated in the 2019 National Institute of Health Environmental Sciences’ Women’s Health Awareness Day. Program staff who participated told women without health insurance where they could get screened for cancer in their county, and connected them with a patient navigator who would help them get screened. Staff used an eligibility form to guide their discussion about program enrollment and signed up eligible women on-site. The form included the women’s contact information so they could be reached for follow-up screening. Medical interpreters and patient navigators helped women enroll and taught them about cancer symptoms.

More than 700 women from 21 counties attended the event, and 75 women were eligible for the program. The North Carolina Breast and Cervical Cancer Control Program has pledged to continue working with the Women’s Health Awareness Day and plans to bring its WISEWOMAN team to do blood pressure tests and refer women to chronic disease management and exercise resources.

People who don’t have health insurance or a doctor are much less likely to be screened for cancer. The New York State Department of Health’s Cancer Services Programexternal icon set up agreements with more than 5,000 doctors across the state to provide cancer screening tests. The program also hired contractors to visit neighborhoods to educate people about cancer screening and enroll eligible adults in the cancer screening program. The contractors also helped patients with abnormal screening results get follow-up diagnostic tests. They also helped patients who were diagnosed with cancer enroll in the state Medicaid Cancer Treatment Program.external icon 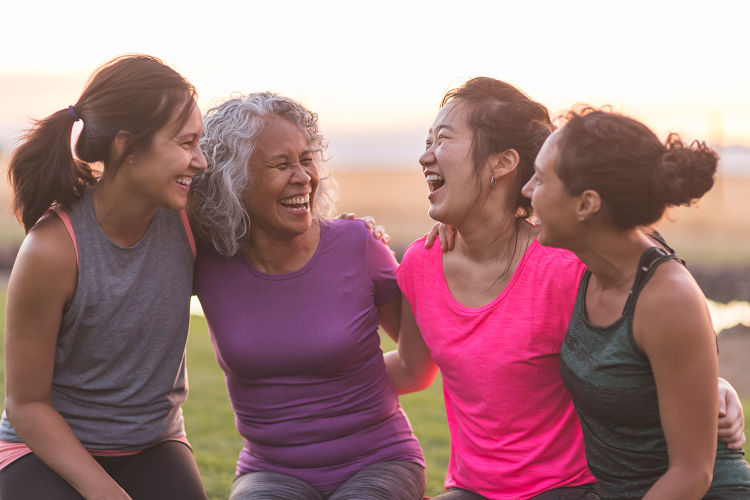 Unique efforts based on the needs of the population can result in more women getting screened.

The Kalihi-Palama Health Centerexternal icon in Hawaii is a federally qualified health center that serves a community of about 60,000 people. Most people in this community (84%) are Asian American or Pacific Islander, and almost three-quarters have a low income (at or below 250% of the federal poverty level). Filipino women have the highest rates of cervical cancer in the United States, and many Filipino people use the health center. Although the health center offers free and low-cost breast and cervical cancer screening tests through the Hawaii Breast and Cervical Cancer Control Program,external icon few women were getting screened.

The Kalihi-Palama Health Center continued many of these services through 2019, including group appointments led by an interpreter and free transportation. Patients are scheduled for breast and cervical cancer screenings while they are at the clinic for other appointments. Although this recruitment strategy requires a lot of time, its value in reaching women who have not responded to standard outreach and education efforts is worth it.

Health agencies in Illinois were seeing few women who had low incomes or were members of racial minorities. In 2017, the Illinois Breast and Cervical Cancer Programexternal icon funded seven agencies to each hire a patient navigator to educate women and link them to screenings.

One of these agencies found that African American and Latina women in their area were not receiving cancer screening services. This agency worked with organizations who have connections within these specific populations to help with outreach. The agency used Facebook posts to advertise the program, helped women enroll, gave women rides to weekend screenings, and spread the word within the communities that the screenings were available.

In 2018, the clinic was only seeing 81% of the patients that they expected to see at that location for cancer screening and patient navigation services. By 2019, they were seeing one-third more patients than expected. White patients receiving program services increased by more than one-third, the number of Latina patients receiving program services tripled, and the number of Black women receiving services almost doubled. The agency believes that expansion into this service area, which has a diverse population, could be part of the reason for the increases.

The lessons learned from that health agency’s targeted outreach, and the relationships built with local organizations, will be used to make improvements in other agencies. The program also plans to work with more organizations to expand its outreach efforts.