Yellow fever virus is an RNA virus that belongs to the genus Flavivirus. It is related to West Nile, St. Louis encephalitis, and Japanese encephalitis viruses. Yellow fever virus is transmitted to people primarily through the bite of infected Aedes or Haemagogus species mosquitoes. Mosquitoes acquire the virus by feeding on infected primates (human or non-human) and then can transmit the virus to other primates (human or non-human). People infected with yellow fever virus are infectious to mosquitoes (referred to as being “viremic”) shortly before the onset of fever and up to 5 days after onset. 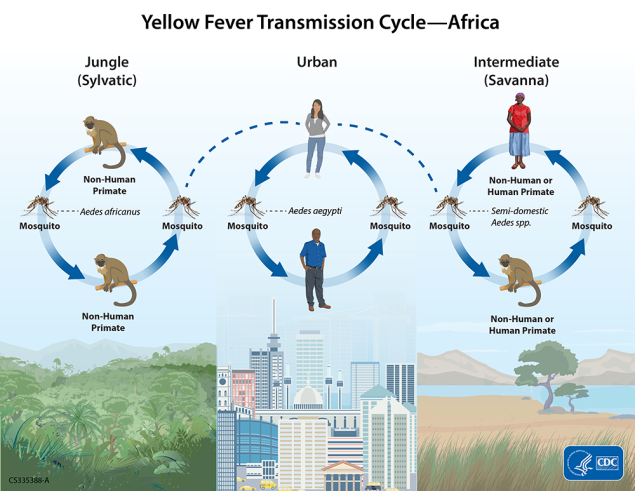 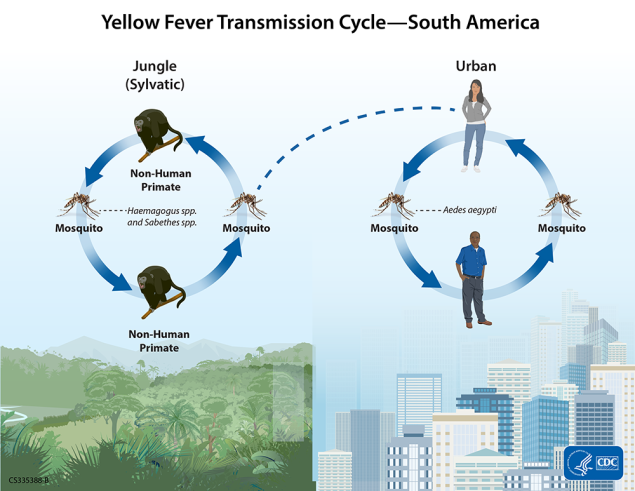