Is That a Bat in Your Salad? 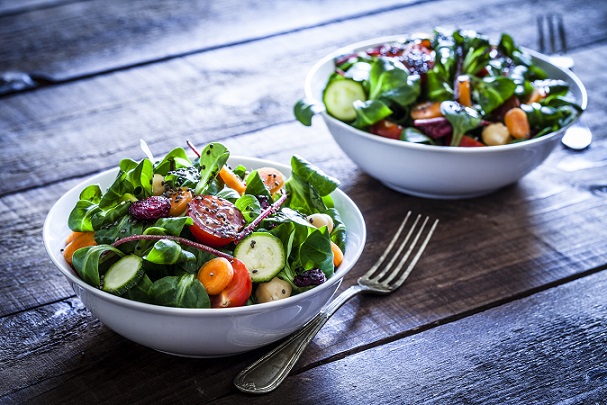 Protein in salad is good, but a bat? Not so much! On April 10, 2017, two people in Florida reported finding a bat in the bag of salad they had eaten the previous day. The discovery launched a joint investigation by Poxvirus and Rabies Branch (PRB) staff, CDC foodborne disease experts, the Florida Department of Health, the Food and Drug Administration, the food company, and the store where the salad was sold.

So besides the obvious grossness of such finding, what else may be a problem? Well, bats are considered a possible exposure to rabies virus. PRB received the bat sample to test, but its deteriorated condition didn’t allow for a definitive rule-out of rabies in this bat. Transmission of rabies by eating a rabid animal is extremely uncommon, and the virus does not survive very long outside of the infected animal, so the risk is thought to be very low. But just in case, both people who ate the salad started rabies post-exposure prophylaxis (PEP), a series of vaccines that prevents the development of rabies. The food company issued a recall and similar products were removed from the stores’ shelves across the Southeast.

While the United States successfully eliminated canine rabies, rabies viruses still circulate in wildlife such as bats, raccoons, skunks, and foxes. In U.S., bats often spread rabies to other animals, but can also transmit it to people. While most wild animals are found primarily outdoors, bats can sometimes fly into buildings. This includes your home and even the room where you sleep. Every year, indoor-only cats develop rabies because of bats in the home. In addition, while human rabies cases acquired in the United States are rare, most cases come from bats. It is important to avoid contact with bats and to keep all cats up to date on rabies vaccination, even if they never leave your home. Learn more about bats and rabies to protect yourself and your family.