Rabies on the Move

Rabies Control Across the Globe

Rabies is everywhere, and it keeps CDC’s experts on the move.

CDC, with the help of partners, aims to help keep rabies in check not only in the US, but across the globe as well. Epidemic Intelligence Service (EIS) officer Ryan Wallace, DVM, MPH, is one of the experts CDC deploys to aid in its constant efforts to control, detect and respond to rabies.

Just within the past year, Wallace has traveled to Africa, Haiti, and Taiwan, as well as throughout the US.

“Protecting people from rabies in the United States means detecting it—and investigating it—in other countries as well,” said Wallace. “And that’s why I’m so often on the move.” 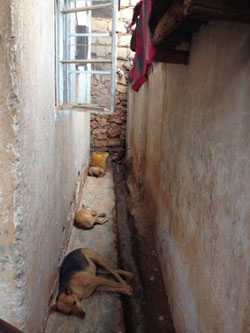 Two of Three: In certain areas of Uganda two in three dogs are not vaccinated for rabies

There’s no better example of the global impact of rabies than a case involving a young man from Central America who attempted to cross the Mexico-United States border. He was detained crossing the border and during his 2 weeks in federal detention, he began to experience arm pain, nausea, and lethargy, which quickly progressed to an inability to swallow and repeated spitting. He was soon transferred to a hospital, where he died.

When his rabies diagnosis was confirmed by a CDC lab, Wallace was called to Texas to assist with the public health investigation.

Over 2 weeks, Wallace and local health department staff investigated the five detention facilities where the man had been held and reviewed thousands of detainment records and security videos. Based on the information they gathered, they coordinated with six different countries to identify all of the people who could have been exposed.

Human-to-human transmission of rabies requires the saliva or tears of an infected person make direct content with the mucous membranes or fresh wounds of another person. Even though this type of transmission is very rare, an infected person who spits in the presence of other people is cause for concern. “And this particular patient spit repeatedly while he was in detention housing,” said Wallace.

Nearly 100 other detainees were found to have possibly had contact with the rabies patient. Many of them had already been returned to their home countries, so Wallace and his team worked with the Pan-American Health Organization (PAHO) to notify ministries of health in their home countries and to help perform rabies risk assessments.

In the end, all of the high-risk detainees were successfully vaccinated. It turned out that the young man who died of rabies was bitten by a dog in his home village about 3 weeks before he got sick.

While CDC’s rabies experts respond to rabies reports in the US, they are also often called upon to help in other countries, whether it’s to implement control methods or collect valuable data. This happened when shortly after his investigation into the detainee, Wallace received another urgent call. For the first time in over 50 years, rabies had reemerged in Taiwan.

Prior to 2013, only a handful of countries in the world were considered to be rabies-free. Taiwan was one of them, until two Formosan ferret badgers were diagnosed with the disease. “The emergence of rabies in Taiwan was disturbing,” said Wallace. “Rabies is a neglected disease that kills more than 55,000 people each year worldwide, and that’s why CDC got the call.”

Fortunately, Taiwan wasted no time in getting experts to focus their full attention on the problem. Surveillance systems were being implemented, human vaccine was ordered in bulk, and animal vaccination campaigns were under way.  Wallace and the team traveled to areas affected by rabies to assess the environment, advise local public health officials on rabies control methods, and study which oral vaccine baits ferret badgers preferred.

Not even two days after returning from Taiwan, Wallace was back out the door for another trip abroad – this time for a rabies survey in Uganda.

A team of four CDC personnel and ten local staff spread out across Uganda, from the far eastern border with Kenya to the western border with the Democratic Republic of Congo, to survey households. In all, more than 1,000 homes were approached and invaluable data were collected to help Congo basin countries refine canine rabies control. 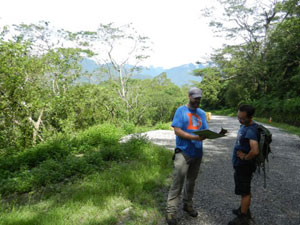 These stories of Wallace’s travels are just a small glimpse into the worldwide projects undertaken by the CDC rabies program. In the time that Wallace was conducting work on these three continents, CDC rabies teams were also working in Chile, Ethiopia, Haiti, Peru, Philippines, and the Republic of Georgia.

CDC and its partners will continue working towards global rabies control and elimination, with the help of experts like Wallace. World Rabies Day, September 28, is the perfect opportunity to encourage officials to advocate for rabies control and appropriate vaccination practices.