Adult Smoking Cessation—The Use of E-Cigarettes

Cigarette Smoking and E-Cigarette Use in the U.S.

Since the first Surgeon General’s report on smoking and health was released in 1964, cigarette smoking among U.S. adults declined from nearly 43% to a low of nearly 14% in 2018, the most recent year for which data about adult use are available.

Some people who smoke have turned to e-cigarettes for help quitting smoking, raising questions about the benefits and risks of using these products.

E-cigarettes entered the U.S. market around 2007 and were used by nearly 4% of adults by 2014. However, current use of e-cigarettes among U.S. adults has declined in recent years. In 2018, 3.2% of U.S. adults were current e-cigarette users. About half of adults who use e-cigarettes also smoke regular cigarettes, a behavior known as “dual use.”

Most e-cigarettes have a battery, a heating element, and a place to hold a liquid. E-cigarettes produce an aerosol by heating a liquid that usually contains nicotine, flavorings, and other chemicals that help make the aerosol. This aerosol is inhaled into the lungs during use.

Health Effects of E-Cigarette Use 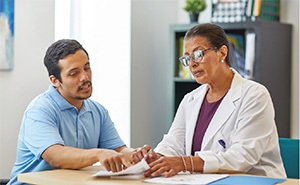 Many newer types of e-cigarettes use nicotine salts (also called nic salts). Nicotine salts allow particularly high levels of nicotine to be inhaled more easily and with less throat irritation than the typical freebase nicotine found in most tobacco products, including the types of e-cigarettes that have been on the market for a longer period of time. This feature allows for more efficient nicotine delivery than previous generations of e-cigarettes, which has the potential to help adults using these products in an attempt to quit smoking. However, it could also increase the potential for initiation and dependence, particularly among youth and young adults.

Several evidence-based methods have been scientifically proven safe and effective for quitting smoking. These include: 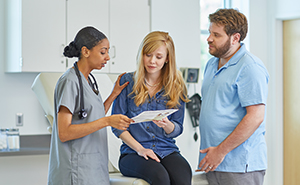 For Adults Who Are Ready to Quit Smoking Cigarettes