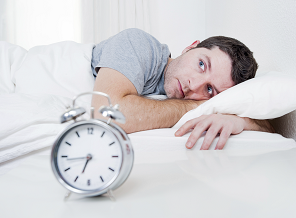 Research has found that insufficient sleep is linked to an increased risk for the development of type 2 diabetes. Specifically, sleep duration and quality have emerged as predictors of levels of Hemoglobin A1c, an important marker of blood sugar control. Recent research suggests that optimizing sleep duration and quality may be important means of improving blood sugar control in persons with type 2 diabetes.1

Persons with sleep apnea have been found to be at increased risk for a number of cardiovascular diseases. Notably, hypertension, stroke, coronary heart disease and irregular heartbeats (cardiac arrhythmias) have been found to be more common among those with disordered sleep than their peers without sleep abnormalities. Likewise, sleep apnea and hardening of the arteries (atherosclerosis) appear to share some common physiological characteristics, further suggesting that sleep apnea may be an important predictor of cardiovascular disease.2

Laboratory research has found that short sleep duration results in metabolic changes that may be linked to obesity. Epidemiologic studies conducted in the community have also revealed an association between short sleep duration and excess body weight. This association has been reported in all age groups—but has been particularly pronounced in children. It is believed that sleep in childhood and adolescence is particularly important for brain development and that insufficient sleep in youngsters may adversely affect the function of a region of the brain known as the hypothalamus, which regulates appetite and the expenditure of energy.3

The relationship between sleep and depression is complex. While sleep disturbance has long been held to be an important symptom of depression, recent research has indicated that depressive symptoms may decrease once sleep apnea has been effectively treated and sufficient sleep restored. The interrelatedness of sleep and depression suggests it is important that the sleep sufficiency of persons with depression be assessed and that symptoms of depression be monitored among persons with a sleep disorder. 4, 5