In 2017, there were about 3,600 sudden unexpected infant deaths (SUID) in the United States. These deaths occur among infants less than 1 year old and have no immediately obvious cause.

The three commonly reported types of SUID include the following:

This map shows how sudden unexpected infant death (SUID) rates varied by state from 2013 through 2017.

Breakdown of Sudden Unexpected Infant Death by Cause, 2017 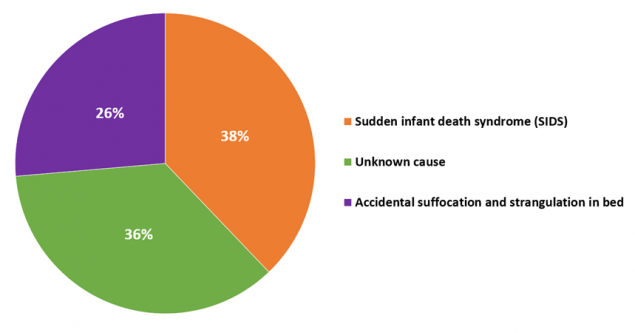 This chart shows the breakdown of sudden unexpected infant deaths (SUID) by cause in 2017. SUID cases were reported as shown below:

Top of Page
Trends in Sudden Unexpected Infant Death by Cause, 1990-2017 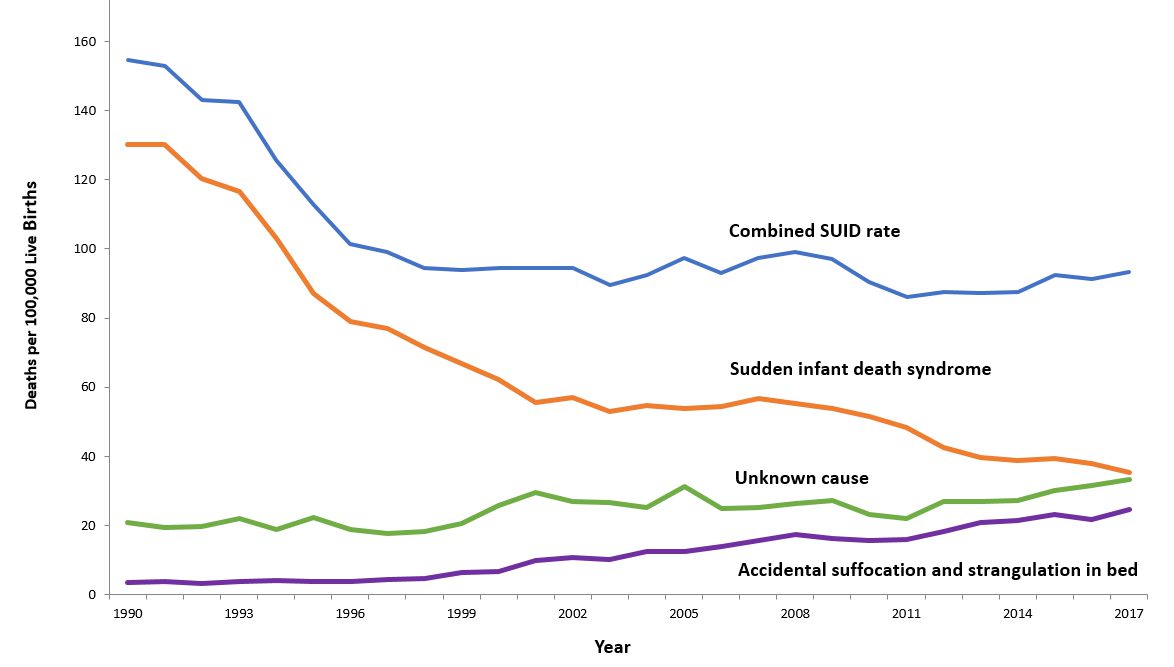 This graph shows the trends in sudden unexpected infant death (SUID) rates in the United States from 1990 through 2017.

Codes for cause of death were defined according to the International Classification of Diseases, Ninth Revision (ICD-9) for 1984-1998, and the International Statistical Classification of Diseases and Related Health Problems, Tenth Revision (ICD-10) for 1999–2015. We defined cause of death by using the following underlying cause of death ICD-9 and ICD-10 codes: ASSB (E913.0; W75), SIDS (798.0; R95), and unknown cause, (799.9; R99). The SUID rate was the combination of ASSB, SIDS, and unknown cause deaths.

This stacked bar chart shows sudden unexpected infant death (SUID) rates by cause and by race/ethnicity in the United States from 2014 through 2017. Causes include sudden infant death syndrome (SIDS), unknown cause, and accidental suffocation and strangulation in bed (ASSB).

Data Resources for SUID and SIDS

Downloadable public-use data files for independent research and analyses as well as annual mortality reports, are available from the National Center for Health Statistics.