Shingles is a painful rash that usually develops on one side of the body, often the face or torso. The rash consists of blisters that typically scab over in 7 to 10 days and clears up within 2 to 4 weeks. Some people describe the pain as an intense burning sensation. For some people, the pain can last for months or even years after the rash goes away. This long-lasting pain is called postherpetic neuralgia (PHN), and it is the most common complication of shingles. Your risk of getting shingles and PHN increases as you get older.

Two vaccines are licensed in the United States and recommended by the Advisory Committee on Immunization Practices (ACIP) to prevent shingles. Zoster vaccine live (ZVL, Zostavax) has been used since 2006. Recombinant zoster vaccine (RZV, Shingrix) has been used since 2017, and is recommended by ACIP as the preferred shingles vaccine. Zostavax may still be used to prevent shingles in healthy adults 60 years and older. For example, you could use Zostavax if a person is allergic to Shingrix, prefers Zostavax, or requests immediate vaccination and Shingrix is not available.

people icon
What Everyone Should Know About Shingles Vaccines

One for adult patients and one for healthcare professionals—describe who should be vaccinated as well as the benefits and side effects. 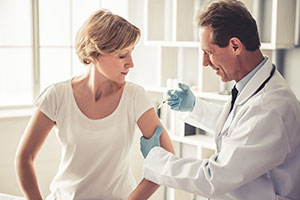