CWD is a progressive, fatal disease that affects the brain, spinal cord, and many other tissues of farmed and free-ranging deer, elk, and moose.

CWD belongs to a family of diseases called prion diseases or transmissible spongiform encephalopathies (TSEs). Other TSEs include bovine spongiform encephalopathy in cattle, scrapie in sheep and goats, and Creutzfeldt-Jacob disease and other human prion diseases in people, including variant Creutzfeldt-Jacob disease (the human form of “mad cow disease”) in people. The infection is believed to be caused by abnormal proteins called prions, which are thought to cause damage to other normal prion proteins that can be found in tissues throughout the body but most often in the brain and spinal cord, leading to brain damage and development of prion diseases. 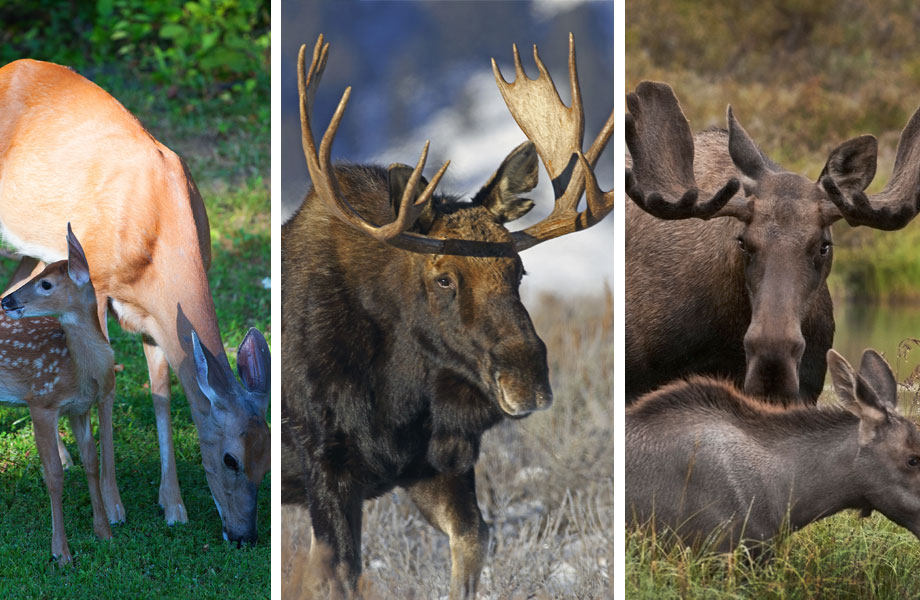 Some of the known carriers of CWD are mule deer, white-tailed deer, elk, and moose.

Scientists think CWD spreads between animals through contact with contaminated body fluids and tissue or indirectly through exposure to CWD in the environment, such as in drinking water or food. CWD affects many different species of hoofed animals including North American elk or Wapiti, red deer, mule deer, black-tailed deer, white-tailed deer, Sika deer, reindeer, and moose.

Like other prion diseases, CWD may have an incubation period of over a year and clear neurological signs may develop slowly. Deer, elk, reindeer, sika, and moose with CWD may not show any signs of the disease for years after they become infected. As CWD progresses, infected animals may have a variety of changes in behavior and appearance. These may include:

It is often difficult to diagnose a deer, elk, or moose with CWD based on these symptoms alone because many of CWD symptoms also occur with other diseases and malnutrition. CWD is always fatal.

CWD does not appear to naturally infect cattle or other domesticated animals.