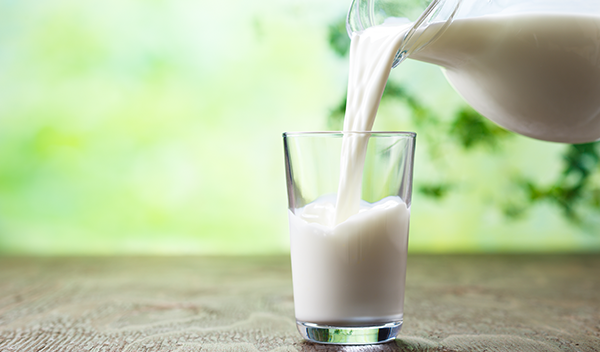 Raw milk, or milk that has not been pasteurized, is a public health concern.1 Studies have shown that the legal sale of unpasteurized dairy products is associated with a higher incidence of related disease outbreaks.2 With the recent increase in the availability of raw milk to consumers, public health experts are researching the health risks and increased disease outbreaks resulting from raw milk sales. The consumption of raw milk is linked to a significant number of foodborne illnesses, some of which can result in serious complications and death.3 These illnesses are attributed to a variety of pathogens, including Escherichia coli, Campylobacter jejuni, Salmonella, Listeria monocytogenes, and Brucella abortus.4 Of recent concern are exposures of persons consuming raw milk to Brucella strain RB51, a pathogen that is both difficult to diagnose and resistant to the first-line antibiotic used to treat brucellosis.5

The advent of milk pasteurization, a heating process that destroys pathogens,6 provided legislators and regulatory agencies with a critical tool to protect public health. In 1947, Michigan instituted the first statewide milk pasteurization requirement.7 Since then, both the federal government and the states have played important roles in governing milk safety. Under authority granted by the Commerce Clause of the US Constitution,8 the federal government regulates the interstate sale of raw milk. In 1987, the Food and Drug Administration (FDA) issued its final regulation on the mandatory pasteurization of all milk or milk products (with the exception of some cheeses) for sale or distribution in interstate commerce.9 The FDA also regulates milk through its branding requirement, which states that anything labeled as “milk” sold in interstate commerce must be pasteurized.10

While the federal government has authority to regulate the interstate sale of milk, the individual states retain control over the intrastate sale of dairy products. Many states have adopted a model law proposed by the US Department of Health and Human Services, the Grade “A” Pasteurized Milk Ordinance, which prohibits the retail sale of unpasteurized milk,11 but state law on the sale of raw milk is far from uniform. States allow the distribution or sale of raw milk in several ways; some states allow its retail sale, while others prohibit sale in retail stores but allow sales on the farm, at farmers’ markets, or through cow or herd shares (an arrangement under which an individual owns part of a cow or herd and is entitled to the milk produced).12

In recent years, consumer demand has resulted in expanded legal access to raw milk in several states. Increased legalization of the intrastate sale of raw milk is expected to increase the disease burden associated with consumption of raw milk.13 The following resources describe and discuss some of the legal and public health issues associated with the sale of raw milk. Research for this anthology was restricted to the consumption of fluid, unpasteurized cow’s milk primarily in the United States, and was conducted in Westlaw and PubMed databases between February and May 2019.

The following websites summarize state laws on the intrastate sale and distribution of raw milk.

The following articles give historical background and policy analyses of raw milk laws, including legal challenges to and theories of recovery under those laws.

CDC defines a foodborne disease outbreak as “an incident in which two or more persons experience a similar illness after ingestion of a common food, and epidemiologic analysis implicates the food as the source of the illness.”14 The resources below describe some of the outbreaks associated with raw milk reported from 2010 to present.

The resources below discuss both emerging concerns and well-established risks associated with drinking raw milk, focusing primarily on risks posed by raw dairy in the United States. Articles assessing comparative risks and benefits are also included under this heading.

Advocates for raw milk emphasize benefits of drinking raw milk related to nutrition, allergies, and lactose intolerance.15 While there is some evidence connecting raw milk to the “farm effect”—an association between children growing up on farms and reduced allergies—evidence of other benefits is lacking.16 Furthermore, the scientific literature in this area routinely acknowledges that even if raw milk plays a role in, for example, preventing allergies, the risk of serious infection far outweighs possible benefits.17 Following is a sampling of resources that address potential benefits of raw milk consumption.

Raw milk consumers themselves occasionally have been the subject of studies to determine their characteristics and motivations. The following articles present the results of some of these studies.

Raw milk consumers themselves occasionally have been the subject of studies to determine their characteristics and motivations. The following articles present the results of some of these studies.

In addition to US government agencies, such as the FDA and CDC, the following national organizations have issued formal statements about the hazards of drinking raw milk and the need for pasteurization:

This anthology was developed by Lisa Landsman, JD, MPH, Cherokee Nation Assurance (CNA) contractor and program analyst for the Public Health Law Program (PHLP) within the Center for State, Tribal, Local, and Territorial Support at the Centers for Disease Control and Prevention. The author thanks Dawn Pepin, JD, MPH, and Rachel Hulkower, JD, MSPH, CNA contractors with PHLP, for their editorial assistance.

For technical assistance with this anthology, please contact phlawprogram@cdc.gov. PHLP provides technical assistance and public health law resources to advance the use of law as a public health tool. PHLP cannot provide legal advice on any issue and cannot represent any individual or entity in any matter. PHLP recommends seeking the advice of an attorney or other qualified professional with questions regarding the application of law to a specific circumstance. The findings and conclusions of this summary are those of the author and do not necessarily represent the official position of the Centers for Disease Control and Prevention.