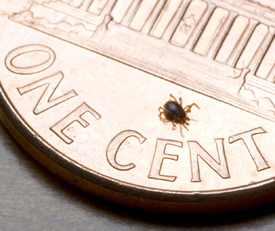 A nymphal stage Ixodes scapularis tick (about the size of a poppy seed) is shown here on the back of a penny. Credit: G. Hickling, University of Tennessee.

People can get infected with Babesia parasites in several ways:

Babesia parasites are not transmitted from person-to-person like the flu or the common cold. 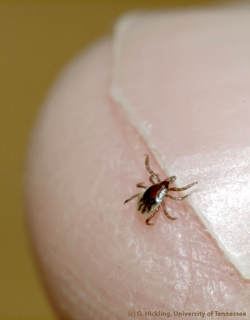 Typically B. microti is transmitted by the nymphal stage of Ixodes scapularis ticks (about the size of a poppy seed). Credit: G. Hickling, University of Tennessee.