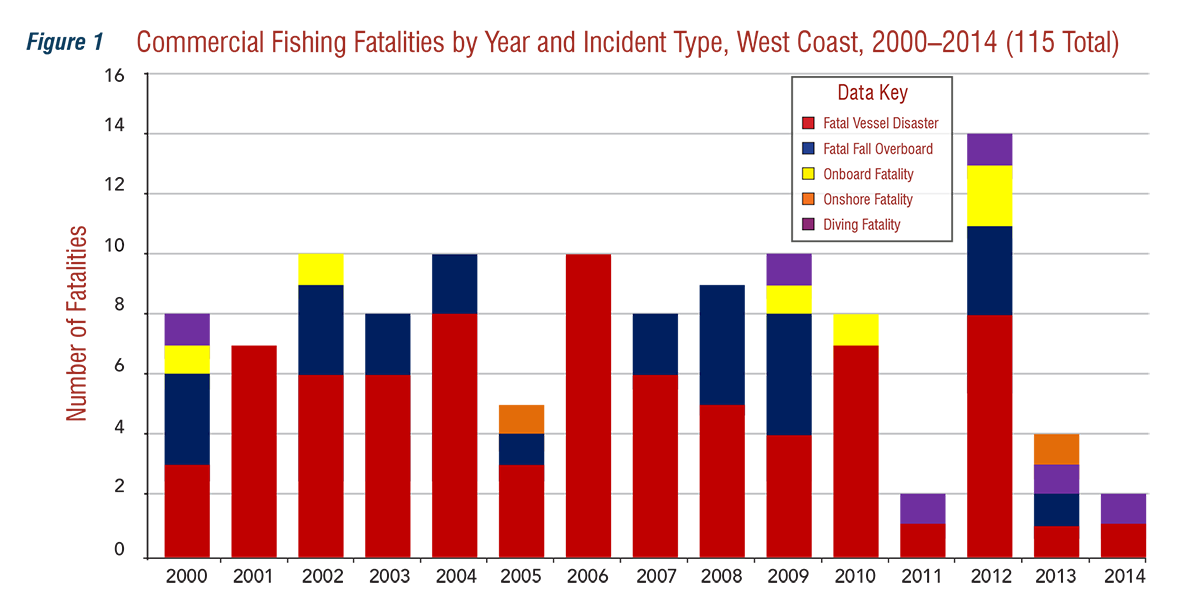 Compared to the preceding 10-year period (2000–2009) during which there were 21 fatal falls overboard, this recent five-year period has shown a decrease in the number of fatal falls overboard. During 2010–2014, four crewmembers died from drowning after falling overboard, contributing to 13% of fatalities in the region. None of the fishermen were wearing a personal flotation device (PFD) when they drowned. Two falls overboard involved fishing gear: one fisherman was entangled in gear and another was knocked overboard by gear. The third incident involved a fisherman losing his balance and falling overboard. A fourth incident’s cause was unknown.

Fatalities occurred in 12 fleets along the West Coast during 2010–2014, with seven fleets experiencing two or more fatalities (Figure 2).

Research Highlights on the West Coast

Analysis of commercial fishing fatalities in California, Oregon, and Washington

For more statistical information and detailed recommendations on how to keep you and your fellow crewmembers safe, open or download the full regional summary: Commercial Fishing Fatality Summary, West Coast Region (2010–2014)

For more information about other regions, visit our Alaska, Gulf of Mexico, and East Coast regional summary pages.