On May 20, 2002, a 34 year-old male truck driver (the victim), who was employed by a wood products facility, sustained fatal injuries as a result of being struck by a load of laminated veneer beams which fell from a forklift. On the morning of the accident, the victim was assisting a forklift operator loading a unit of four laminated veneer support beams, weighing a total of 750 pounds, onto a flat-bed trailer. The victim was standing on top of the trailer in front of the moving unit, guiding the forklift operator. When the operator began tipping the forklift mast and sliding the unit onto the trailer, one end of the unit slid off the forks first and hit the beams that had already been loaded in the trailer. The impact caused the unit to bounce and swing rapidly toward the victim. The victim was struck by the load which caused him to fall off the trailer. His head was then crushed by the load. EMS and the local police department were called to the scene and found the victim unresponsive with a massive head injury. The medical examiner was called, arrived at the site, and pronounced the victim dead at the scene. The deceased was transported from the accident site to a local funeral home.

New York State Fatality Assessment and Control Evaluation (FACE) investigators concluded that to prevent similar incidents from occurring in the future, employers should:

On May 20, 2002 at approximately 6:30 AM, a 34 year-old male truck driver, who was employed by a wood products facility, sustained fatal injuries as a result of being struck by a load of laminated veneer beams which fell from a forklift. New York FACE (NY FACE) investigators initially learned of the incident through a newspaper article on May 21, 2002. A regional office of the Occupational Safety and Health Administration (OSHA) called the NY FACE program on May 23rd to report the fatality. On June 11, 2002, a NY FACE investigator, accompanied by an industrial hygienist (IH) from the National Institute for Occupational Safety and Health (NIOSH) FACE Program, traveled to the wood products facility where the incident occurred to conduct a fatality evaluation. During the site visit, the NY FACE and NIOSH FACE investigators interviewed the plant manager who was in charge of the company’s safety and health program, observed the lumber yard operation, and examined the incident area and the forklift that was involved in the incident. The forklift operator who was involved in the incident was not available for interview at the time of the site visit. While on site, the NY FACE investigator reviewed the report from the local police department that responded to the incident. Additional information was gathered from the OSHA compliance officer who investigated the fatal incident.

The wood products facility had been in business for 15 years, manufacturing roof trusses and other wood products. Seven months before the accident, the facility was purchased by a large national lumber and building products company, which owned about 90 manufacturing facilities throughout the United States. At the time of the accident, the facility employed 45 non-union workers who worked in two sections of the plant: the roof truss division and the engineered wood division. The employer had implemented a comprehensive safety and health program including a joint labor-management safety committee, written safety and health programs, and an employee training program. The safety committee held monthly meetings and conducted routine safety tours to identify workplace safety hazards. Under the company’s forklift operator training program, the operators had to view a forklift safety videotape, take a written test, and receive an evaluation from a supervisor during the training course. After completing and passing all three steps, the forklift operator would receive company certification. Refresher training was provided once every three years. This was the first fatality that the facility had experienced in its 15 years of business.

The fatal accident occurred in the engineered wood division that was comprised of eleven workers including laborers, forklift operators, saw operators and truck drivers. In this division, laminated veneer beams were cut to length by saw and bound with metal bands into units. The units were loaded onto flat-bed trailers by forklifts (Photo 1) and delivered to customers. Most employees worked from 6:00 AM to 2:30 PM. A ten-hour shift from 6:00 AM to 4:30 PM was scheduled occasionally.

The victim was a licensed commercial truck driver and had been employed by the facility for five years at the time of the accident. The employer reported that the victim received training on operating saws and forklifts and was certified to operate both. The victim’s regular job duties included assisting trailer loading and driving a flat-bed trailer to deliver products. The forklift operator who operated the forklift during the accident had been with the facility for two years and was a certified forklift operator.

On the morning of the accident, the victim arrived at the lumberyard at approximately 6:00 AM. The trailer that was to be driven by the victim had been loaded the previous day. An additional order of support beams had arrived late and, therefore, had not been processed the day before the incident. The order included four laminated veneer beams; each 34 feet long, 12 inches wide and 1¾” inches thick. The four beams were banded into one unit and wrapped in plastic wrappings on the morning of the incident. The whole unit weighed about 750 pounds (the forklift’s lifting capacity was 8000 pounds). The victim was supposed to assist a forklift operator load the unit onto the trailer and then drive the trailer to deliver the products. 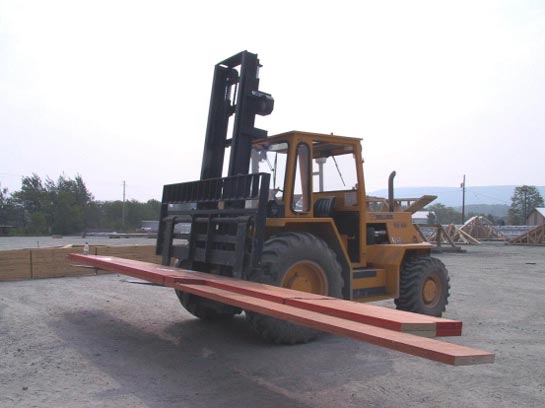 Photo 1. An example of a forklift carrying a unit of laminated veneer beams.

At about 6:30 AM, the forklift operator picked up the unit and drove the forklift to the side of the trailer to place the unit on top of the loaded trailer. When the forklift reached the loading position on the passenger’s side of the truck, the operator stopped the forklift and started raising the unit. At this time, the victim was standing on top of the loaded trailer toward the rear end, guiding the load. Because of the weight and length of the unit, the unit sagged and both ends of the unit drooped about two feet below the middle section where it was resting on the forks. The height of the trailer bed with the loaded beams was about 10 feet. The unit was supposed to be placed in the middle of the trailer, which was 8 feet 6 inches wide and 48 feet long. It was reported that in order to place the unit on the trailer, the unit had to be lifted approximately 13 feet up and moved four feet horizontally (the maximum lift height of the forklift was 14 feet).

Normally, when units were stacked in the yard or on a trailer, 2″ X 4″ boards were placed between the units or orders as spacers. The spacers separated the orders and kept space in between them for the forks of a forklift. The forks of a forklift could be inserted into the space created by the spacers to pick a unit straight up or place it straight down without tipping the mast to slide the load (Photo 2). On the morning of the incident, the last unit was to be placed on top of another unit with the same destination. For that reason, spacers were not placed in between those two units. 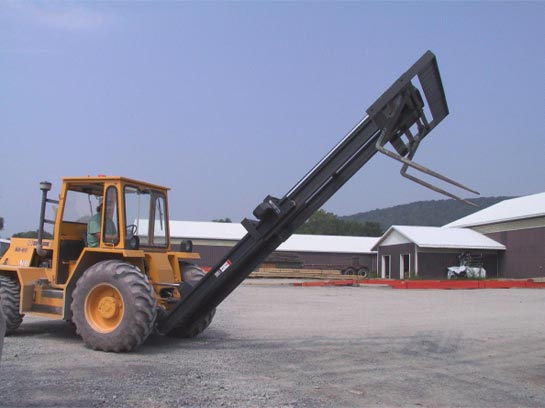 Photo 2. Example of a forklift tipping its mast.

The cause of death listed on the death certificate was massive head injury.

Recommendation #1: Employers should develop and implement standard safe loading procedures for forklifts and ensure that all workers follow the procedures.

Discussion: A job hazard evaluation should be conducted to evaluate loading procedures. Safety requirements for loading should be incorporated into the company’s written forklift safety program. Employers should provide proper training to all workers who either perform or assist loading, and ensure that all workers follow the standard procedures. The safe loading procedures may include the following elements:

Recommendation #2: Employers should provide additional refresher training for all forklift operators in the event of an accident, or near-miss incident in the workplace.

Discussion: In addition to regular once every three years refresher training, all forklift operators should receive additional refresher training on proper maintenance and operation of powered industrial trucks according to OSHA regulation 29 CFR 1910.178 in the event of an accident or near-miss incident in the workplace. This training should include formal instruction, practical training, evaluation of the operator’s performance in the workplace, and an evaluation of the effectiveness of that training.

Recommendation #3: Workers should be required to wear head protection (hard hat) when assisting forklift loading or performing any tasks with a potential for head injury.

Discussion: Head protection should be required when there is the potential for head injury from falling objects. In some instances, hard hats may prevent lethal head injuries resulting from being struck by falling objects. When assisting with loading, head protection should be worn, although it is unclear whether wearing a hard hat in this incident would have saved the victim or reduced the severity of the injury.