On June 28, 1995, a 50-year-old, male, independent contractor (victim) died as a result of the roll-over of a boom truck. The independent contractor was operating a truck-mounted boom to lift a fishing net from the dock to a moored commercial fishing vessel. As he swung the load toward the vessel, the boom truck became unstable. He attempted to lower the load into the water, but the truck continued to roll. The victim was found pinned between the truck cab door and the metal side railing of the dock. Because of massive head injuries, CPR was not instituted.

Based on the findings of the epidemiologic investigation, to prevent similar occurrences employers and independent contractors should:

On June 28, 1995, a 50-year-old, male, independent contractor died after the boom truck he was operating rolled over. The victim was pinned between the boom truck and a metal side railing of a dock. He sustained massive head injuries and was declared dead on the scene. The Alaska Division of Public Health, Section of Epidemiology identified the case via the news media on June 29, 1995. An investigation, involving an Injury Prevention Specialist from the Alaska Department of Health and Social Services, Division of Public Health, Section of Epidemiology, ensued on June 30, 1995. Also participating in the investigation were an Environmental Health Specialist from the NIOSH, Alaska Activity, and a visiting scientist from NIOSH – Cincinnati. No regulatory personnel participated in this investigation because an employee-employer relationship did not exist. Statements of witnesses and city police officials were obtained. Photographs and video tapes of the incident site were also obtained. The incident vehicle was examined and photographed. Other materials obtained include a diagram of the dock and the police report.

The worker was an independent contractor moving fishing nets for a commercial fishing vessel. He had been in business for 2-3 months and had just recently purchased the boom truck. Prior to this activity, he had extensive experience as a commercial fisher (+15 years). As far as can be determined, he did not maintain a written safety policy. Specific training in boom truck/crane operation could not be documented. He reportedly had military experience in crane operation in Viet-Nam in the 1960’s. He also was reported to have operated various ship cranes during his work as a commercial fisher.

At 2:30 PM on June 28, 1995, an independent contractor was killed in an industrial incident at a city dock. The independent operator was attempting to move a large, weighted fishing net weighing approximately 2 – 2.5 tons. The victim was using a National Crane Model 666A mounted on a Ford 8000 flatbed truck. The maximum lifting capacity of this crane model is 12.5 tons, if the truck is properly rigged. The boom truck was backed onto a “finger pier” at the city dock (see diagram 1). Because the pier was narrow (width=14 feet), the independent contractor was unable to extend the side outriggers on the boom truck (width=8 feet). The only stabilizing equipment in use at the time of the incident were the two rear stabilizers that prevent motion along the vehicle’s longitudinal axis. The crew of the commercial fishing vessel stated that they were required to moor at the south end of the dock, because another vessel, expected to arrive later, had been allocated berthage at the opposite end of the dock. However, at the time of the incident, the allocated berth in question was clear. This is significant in that the north end of the dock was more suitable for the operation being attempted. A larger area on this section of the dock was available that would have allowed full use of the boom truck stabilizing equipment. None-the-less, the operation was attempted without use of the vehicle’s side outriggers. This resulted in dramatically reduced transverse stability.

Immediately before the incident, the operator moved the net from the dock toward the water to the right of the “finger pier”. At this time the crane hook from the fishing vessel was attached to the net, but no tension had been applied by the ship’s crane. The intent of the operation was to remove the net from the dock with the boom truck, and then move the net toward the vessel. When the vessel crew applied tension to the net from the ship’s crane, the net was to be brought on board the vessel by the ship’s crane and detached from the boom truck. The boom was at a steep angle and boomed out to full length at the time of the incident. A member of the vessel crew was standing on the rear of the truck bed, guiding the boom operator with hand signals. A witness indicated that the victim moved the boom toward the left instead of the right, and at that time the vehicle became unstable. The witness believed that the victim attempted to correct the boom movement, which resulted in the load beginning a pendulum motion. Another witness indicated that the victim, apparently realizing the truck was going to roll, attempted to get through the pier’s metal railing as the truck rolled. Whether he fell from the truck or abandoned the truck is unknown. However, the victim was caught between the truck’s left cab door and the steel railing. He received massive head injuries. Rescuers on the scene determined that the injuries were not survivable and emergency medical services were not instituted. See figure 1 below: 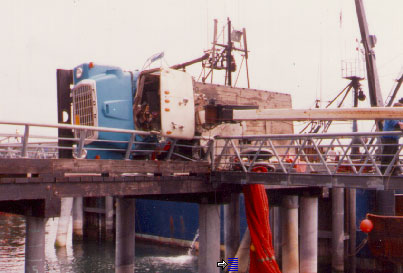 Figure 1. Photo of the truck at the incident scene

An autopsy was not performed. The death certificate indicated “multiple crush injuries.”

Recommendation #1: Employers and independent contractors should ensure that all crane or boom truck operators fully deploy outriggers and other stability-enhancing devices.

Discussion: The operator did not extend the side outriggers of the boom truck prior to attempting to move a 2-2.5 ton load. This resulted in decreased transverse stability and a highly enhanced tendency to roll under lateral loading. He was reportedly familiar with safe operation of boom trucks, but chose to operate the vehicle in this manner because of the pier’s narrow width. The boom truck had a boom loading chart in clear view of the operator. However, the maximum loads, boom extensions, and boom angles indicated on the chart would be of no value if the outriggers were not extended. The boom loading chart values are based on a vehicle set-up for correct operation.

Recommendation #2: Employers and independent contractors should ensure that all crane or boom truck operators use equipment on environmental surfaces conducive to proper operation, such as full extension of outriggers.

Discussion: The site chosen for this operation did not allow for the extension of the boom truck’s side outriggers. The “finger pier” was of an inadequate width to allow such extension. This operation should not have been attempted in this environmental setting. The north end of the dock was suitable for the operation, because the physical area of this section of the dock would have allowed full outrigger extension. Space was available to moor the vessel at this part of the dock. Dock policies should be re-evaluated and rewritten to allow flexibility in berthing assignments. No unloading or loading operation requiring the use of cranes or boom trucks should be authorized on the “finger pier” of the dock.

Recommendation #3: Employers and independent contractors should ensure that crane or boom truck operators receive adequate model-specific training in the type planned for operation. This training must be in addition to on-the-job training.

Discussion: The victim in this incident had purchased the boom truck approximately 2-3 months prior to the incident. All of his training was on-the-job, without a trained operator to monitor his progress. The only training reported by witnesses and relatives was 1) experience in operating cranes in Viet-Nam in the 1960s, and 2) experience in operating ship cranes as a commercial fisher.

Operators must receive training in correct operation, reading and interpreting load charts, essentials of boom dynamics, and operating load measuring devices. This must be done prior to actually operating the crane or boom truck at a work site and in a work process. On-the-job training is not an effective substitute for formal training in crane and boom truck operations.

Recommendation #4: Employers and independent contractors should ensure that crane and boom truck operators are familiar with boom loading specifications and boom dynamics.

Discussion: Although the victim was reported to be familiar with safe crane or boom truck operation, his subsequent actions reveal a lack of understanding of vehicle stability characteristics, boom dynamics, and safe crane or boom truck operation. The understanding of the need to avoid “jerky” motions that may de-stabilize the vehicle may have been deficient. Recognition of critical pre-roll characteristics may not have been understood. Witnesses report that they believe he tried to stay with the vehicle too long. These witnesses believe he should have abandoned the crane and moved away from the operational area. They report that a vessel crew member on the back of the crane jumped down as soon as he saw there was a stability problem. The owner’s tendency to save an expensive vehicle must be balanced with an understanding of when a vehicle reaches the “point of no return.” Even more important, correct knowledge of vehicle set-up is critical to avoid placing operators in hazardous situations. The fact that the operator chose not to extend the side outriggers indicates a lack of comprehension of the gravity of such a decision.