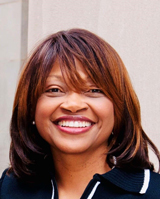 She previously served as CDC Co-Chair for the Health Equity Goal, HIV National Strategic Plan: A Roadmap to End the HIV Epidemic 2021-2025. She is Guest Editor for an AIDS and Behavior Supplement on HIV-related stigma, and was lead Co-Editor of a book focused on HIV in African American communities, African Americans and HIV: Understanding and Addressing The Epidemic, and Guest Co-Editor for a theme issue of the American Journal of Public Health. Dr. McCree was recently honored in Hopkins Bloomberg Public Health Magazine (Masters of Public Health: The MPH Centennial, Hopkins Bloomberg Public Health Magazine (jhsph.edu)).  Additionally, she is the recipient of numerous awards, including a 2012 prestigious Distinguished Alumna Award from The Johns Hopkins University in Baltimore, Maryland; 2018 Outstanding Service and Leadership Award, American Public Health Association, Pharmacy Section; and 2017 HUCOP Alumni Legacy by Decades Award from the Howard University Pharmacy Alumni Association. 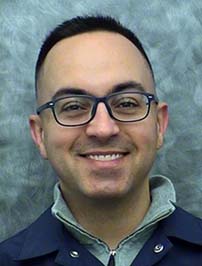 Greg Bautista is a health scientist in the NCHHSTP Office of Health Equity. Prior to CDC, he worked in a variety of public health settings. He was the director of a community based adolescent pregnancy prevention organization and the outreach manager for a clinic that provides outpatient medical services for uninsured persons who are living with HIV. Mr. Bautista worked in the HIV prevention program of the Georgia Department of Public Health and also coordinated and trained teams to implement the Georgia HIV Behavioral Surveillance program. His research interests include health disparities in HIV and other sexually transmitted infections, viral hepatitis and TB experienced by immigrants, LGBT persons, Hispanics/Latinos and young adults. 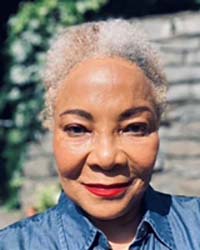 Dr. Diane L. Rowley, MD, MPH is Professor Emerita in the Department of Maternal and Child Health, Gillings School of Global Public Health at the University of North Carolina at Chapel Hill. She retired from the US Public Health Service Commissioned Corps after a 21-year career at CDC which included being the Associate Director for Science of the National Center for Chronic Disease Prevention and Health Promotion. Before joining the UNC faculty, she directed a Research Center on Health Disparities at Morehouse College from 2001 to 2008. Her research focuses on disparities and inequities in pregnancy and infant health outcomes. Dr. Rowley has a broad range of expertise in maternal and child health, publications on pregnancy and infant health, a track record of funded community-based participatory research, and experience in program evaluation. 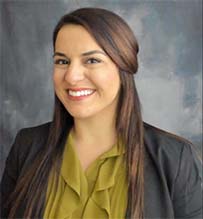 Ati Paziraei Chamanzad, MPH is a Health Communications Specialist with six years of experience working at the Centers for Disease Control and Prevention. She began her journey in public health as a Project IMHOTEP intern (c/o 2013) and has since carried a strong interest in the field of HIV, exploring the social determinants of health and effective health communication strategies.

Prior to joining CDC in 2016, Ati lived in Yaoundé, Cameroon and worked on a USAID/PEPFAR funded project conducting qualitative research on HIV among female sex workers and men who have sex with men, to understand social risk behaviors and evaluate if HIV prevention messages delivered in clinical settings are clear and motivational.

In her current role in the Health Communication Science Office (HCSO) of the National Center for Immunization and Respiratory Diseases (NCIRD), Ati supports her digital media team by developing and disseminating clearly written health communication materials on childhood vaccines. While at CDC she has also worked on agency-wide emergency response efforts surrounding Ebola, Zika and COVID-19. Most recently, Ati was deployed to the COVID-19 Vaccine Task Force as their Social Media Lead.

Ati holds a Bachelor of Science degree in Psychology and received her Master of Public Health in Health Promotion and Behavior, both from the University of Georgia. In her free time, you can find Ati on hikes with her husband and their two dogs, traveling and spending quality time with friends and family. 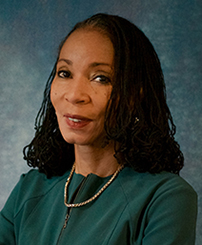 Helene D. Gayle, M.D., M.P.H. has been president and CEO of The Chicago Community Trust, one of the nation’s oldest and largest community foundations, since October 2017. Under her leadership, the Trust adopted a new strategic focus on closing the racial and ethnic wealth gap in the Chicago region. At the end of June 2022, Dr. Gayle will leave the Trust to become the 11th president of Spelman College.

For almost a decade, Dr. Gayle was president and CEO of CARE, a leading international humanitarian organization. A public health physician with expertise in economic development, humanitarian, and health issues, she spent 20 years with the Centers for Disease Control, working primarily on HIV. She worked at the Bill & Melinda Gates Foundation, directing programs on HIV and other global health issues.

She serves on public company and nonprofit boards, including The Coca-Cola Company, Organon, Palo Alto Networks, Brookings Institution, Center for Strategic and International Studies, New America, ONE Campaign, and Economic Club of Chicago. She chairs the board of the Federal Reserve Bank of Chicago. She is a member of the American Academy of Arts and Sciences, Council on Foreign Relations, American Public Health Association, National Academy of Medicine, National Medical Association, and American Academy of Pediatrics. She has authored numerous articles on global and domestic public health issues, poverty alleviation, gender equality, and wealth inequity. 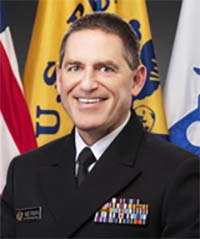 Jonathan Mermin, MD, MPH, is the Director of the National Center for HIV, Viral Hepatitis, STD, and TB Prevention (NCHHSTP), and a Rear Admiral in the U.S. Public Health Service. He oversees the nation’s efforts to prevent HIV, viral hepatitis, sexually transmitted diseases, and tuberculosis. These infections affect millions of Americans and cause tens of thousands of deaths each year. NCHHSTP focuses on high impact prevention strategies that are cost-effective, scalable, and grounded in the latest research. These strategies save lives, save money, reduce health disparities, and protect the health of all Americans.

From 2009-2013, Dr. Mermin directed CDC’s Division of AIDS Prevention, overseeing the agency’s HIV efforts in the United States. He previously served as Director of CDC-Kenya and HHS Public Health Attaché for the U.S. Embassy from 2006-2009, and as Director of CDC-Uganda from 1999-2006. In Uganda, he oversaw implementation of the first antiretroviral treatment program funded by CDC outside of the United States, gaining practical experience for PEPFAR and supporting widespread HIV treatment efforts in developing countries.

Dr. Mermin began his career at CDC in 1995 as an EIS officer with the Foodborne and Diarrheal Diseases Branch. He completed an internal medicine residency at San Francisco General Hospital and a preventive medicine residency at CDC and the California Department of Health Services. He is a graduate of Harvard College and Stanford University School of Medicine and received his MPH from Emory University. He has co-authored more than 200 scientific articles and book chapters. He currently serves as an Adjunct Professor at Emory University School of Public Health. 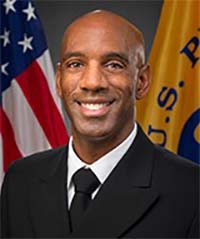 CAPT Burton has served in a variety of roles during his CDC career. Prior to joining the NCHHSTP, he was Team Lead for the Methodology and Analysis Team, Clinical Research Branch, in NCHHSTP’s Division of Tuberculosis Elimination. He also has worked as Special Advisor for Infectious Diseases to the CDC Director, Head of International Emerging Infections Program activities in western Kenya, and Associate Director for Health Equity in CDC’s former National Center for Health Marketing (NCHM). CAPT Burton joined CDC as an Epidemic Intelligence Service Officer in 2004 in the Respiratory Disease Branch, National Center for Immunization and Respiratory Diseases. He has published more than 25 journal articles and presented at numerous conferences. He received his medical degree from Johns Hopkins University School of Medicine in 2003, a Master of Public Health from Johns Hopkins University Bloomberg School of Public Health in 2002, and his Juris Doctor degree from UCLA School of Law in 1995.