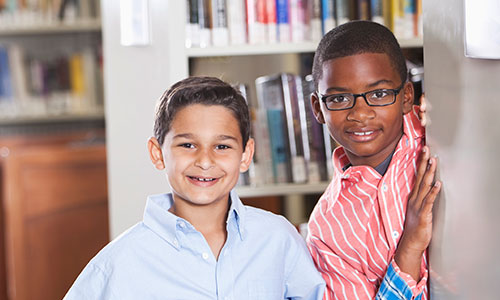 Researchers from the Muscular Dystrophy Surveillance, Tracking and Research Network (MD STARnet) have just published in Pediatrics the first population-based data on prevalence of Duchenne and Becker muscular dystrophies, known as DBMD, by race/ethnicity in the United States. Prevalence of DBMD is the number of people identified with DBMD compared to the total number of people in the same geographic region. MD STARnet is funded and managed by the Centers for Disease Control and Prevention (CDC).

Prevalence of DBMD in each racial and ethnic group differed across the time period studied, but overall prevalence has remained the same as previous estimates. This information is important for public health researchers who work to better understand diagnosis and care for individuals living with DBMD.

Muscular dystrophies are a group of genetic disorders that result in muscle weakness over time. The most common muscular dystrophy in children is Duchenne muscular dystrophy (DMD), which predominantly affects males. Historically, DMD has resulted in loss of the ability to walk between ages 7 and 13 years, and death in the teens or 20s. 1   Becker muscular dystrophy (BMD) is similar to DMD, but has later onset and slower, more variable progression of symptoms.

Important findings from this study

What you can do

Organizations and healthcare professionals serving the Duchenne and Becker muscular dystrophy communities may want to consider using tools targeting different racial/ethnic groups to improve access to care for these individuals.

Ongoing public health monitoring is critical to understanding and improving the differences in diagnosis and care for individuals living with DBMD.

References used in this article