Trachoma causes more vision loss and blindness than any other infection in the world.1 This disease is caused by Chlamydia trachomatis bacteria. Other variants or strains of these bacteria can cause a sexually transmitted infection (chlamydia) and disease in lymph nodes. 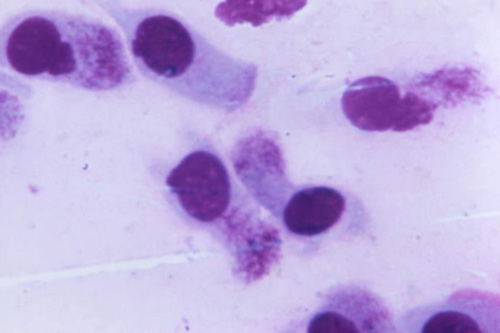 Trachoma is easily spread through direct personal contact such as from fingers, through shared towels and clothes, and through flies that have been in contact with the eyes or nose of an infected person. When left untreated, repeated Chlamydia trachomatis infections in the eye can cause severe scarring on the inside of the eyelid. This can cause the eyelashes to scratch the cornea (trichiasis). In addition to causing pain, trichiasis permanently damages the cornea and can lead to irreversible blindness.

Chlamydia trachomatis infections spread in areas that lack access to safely managed drinking water and sanitation systems. Trachoma affects the most resource-limited communities in the world. Globally, almost 1.9 million people have vision loss because of trachoma, and it causes 1.4% of all blindness worldwide.1 In 2021, 136 million people lived in trachoma-endemic areas and were at risk of trachoma blindness.2

To support the elimination of trachoma, the World Health Organization (WHO) established a public health strategy known as SAFE:

Surgery to correct trichiasis (“S” in the SAFE strategy). Surgery relieves the pain of lashes rubbing against the eye. It also stops the lashes from scratching the cornea, which stops blindness from progressing.

Antibiotics (A). Pfizer donates the antibiotic Zithromax™ to trachoma programs, and the International Trachoma Initiative manages distribution. Antibiotics are given annually to entire districts affected by trachoma. These mass drug administration programs continue until trachoma levels drop below levels recommended by WHO.

Facial cleanliness (F). Since trachoma is spread through close personal contact, it typically infects children and their caretakers. Children are more likely to touch their eyes and have unclean faces that attract eye-seeking flies, so they are especially vulnerable to infection. Women are blinded by trachoma 4 times as often as men. This is likely due to their close contact with infected children and their increased frequency of getting infected.3 Good hygiene practices such as washing hands with soap, and washing faces with water to remove discharge from eyes and nose help reduce the spread of trachoma.4