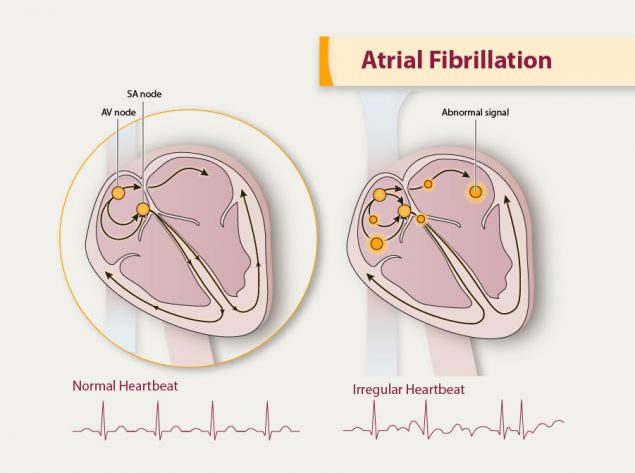 Electrical activity of a normal heart (left) and a heart with atrial fibrillation (right).

Electrical activity of a normal heart (left) and a heart with atrial fibrillation (right).

AFib increases a person’s risk for stroke. When standard stroke risk factors were accounted for, AFib was associated with a four- to fivefold increased risk of ischemic stroke.6 AFib causes about 1 in 7 strokes.7 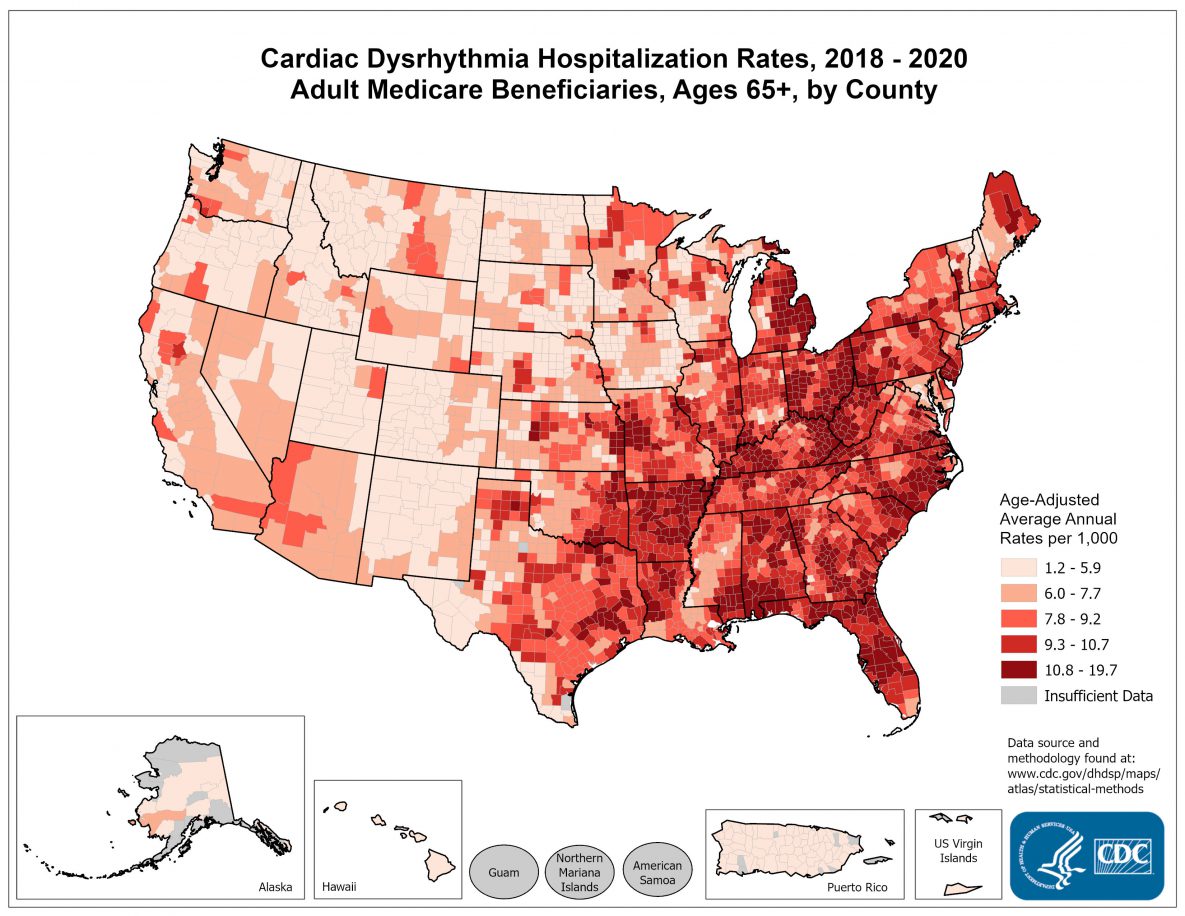