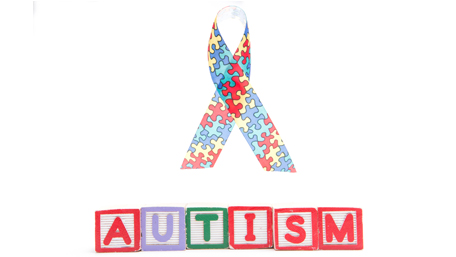 If someone in your family has autism spectrum disorder (ASD), you may be more likely to have a child with ASD. ASD can look very different from person to person, so taking a careful family health history can be important for early diagnosis. Early screening and diagnosis of ASD can ensure that children receive the services they need for better outcomes.

What is autism spectrum disorder?

Autism spectrum disorder (ASD) is a developmental disorder. Someone with ASD may have difficulty with social interaction, communication, and behavior. For example, the earliest signs of ASD are that children may not make eye contact with their parents and may not be aware when someone is talking to them. About 30% of people (about 1 in 3) with ASD have an intellectual disability.

Although the cause of ASD is known in some people and not known in others, genetics, biology, and environment are all important factors. Having older parents, a difficult birth, or infections during pregnancy are all examples of factors that might increase the risk for having ASD. Beyond these factors, certain people are at higher risk than others. For example, ASD is four times more common in males than females. People with certain genetic disorders, such as fragile X syndrome, tuberous sclerosis, and Down syndrome, are more likely to have ASD.

Why is it important to know if you have a family health history of autism spectrum disorder?

If you are pregnant or planning a pregnancy, tell your doctor if you or your partner have a family health history of ASD. This information can help your doctor determine how likely you are to have a child with ASD.

Be sure to share your family health history of ASD with your child’s doctor and other family members.

What might the doctor recommend for your child if you have a family health history of autism spectrum disorder?

Knowing about your family health history of ASD can help your child’s doctor better care for your child. The doctor may check your child more closely for early signs of ASD and might refer your child to a specialist for further evaluation. When a child is closely monitored, signs of ASD can sometimes be noticed at 18 months or younger. A reliable diagnosis of ASD is more common around 2 or 3 years of age and usually made by a developmental specialist. If a child is diagnosed at a young age with ASD, treatment is more effective. Also, a diagnosis of ASD is important for tailoring children’s education once they start school. Learn how early intervention leads to better outcomes for children with ASD.

If you are pregnant or planning a pregnancy, your doctor might recommend carrier screening if you have a family health history of a genetic disorder, such as fragile X syndrome.

If your child is diagnosed with ASD, the doctor might refer your child for genetic counseling and testing. Genetic testing looks for causes of ASD but cannot be used to diagnose ASD. Some people with ASD have syndromic ASD, meaning that they have other specific features in addition to having ASD, such as looking different from other people in the family or having birth defects. Most people with syndromic ASD have a genetic cause for their ASD.

The most commonly ordered test for people with ASD is called a chromosomal microarray (CMA). This test looks at chromosomes to see if there are extra or missing parts that could cause ASD. CMA finds a genetic cause in 5% to 14% of people with ASD who have the test.

In addition, children with ASD should be checked for genetic disorders that can cause ASD, including the following:

After genetic testing, genetic counseling is important to help you understand the test results and what they mean for your child and family. Genetic testing results can give doctors useful information about how to treat your child with ASD and which family members might be more likely to have a child with ASD.