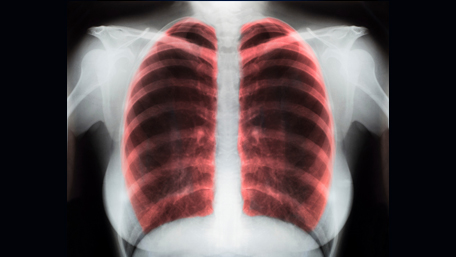 Cystic fibrosis (CF) is a genetic disorder that causes problems with breathing and digestion. CF affects about 35,000 people in the United States. People with CF have mucus that is too thick and sticky, which

CF results from mutations (changes) in the Cystic Fibrosis Transmembrane conductance Regulator (CFTR) gene, which has instructions for making the CFTR protein. Everyone has two copies of the CFTR gene, one copy inherited from their mother and one from their father. A person must have mutations in both copies of the CFTR gene to have CF. This means that parents who each have a mutation in only one copy of the CFTR gene, and therefore do not have the disorder themselves, can together have a child with CF. Current recommendations state that all women who are pregnant or planning a pregnancy should be offered carrier screening to see if they could have a child with CF. However, the carrier screening offered to all women does not include all possible CF mutations. Because CF sometimes runs in families, if you have a family history of CF and decide to get screened, talk to your doctor to make sure that you are tested for the right mutation. Your doctor might refer you for genetic counseling and testing.

All babies born in the United States are checked for CF soon after birth as part of newborn screening. Finding babies with CF early is important so that they can start treatment right away, which can help delay or prevent complications of the disorder. Some people with CF show signs of the disorder soon after birth, although in milder cases, signs might not be seen until adulthood.

Signs of CF include

Treatments for CF focus on improving breathing and digestion, preventing and treating infections, and thinning mucus. Treatments include medicines, therapy to clear mucus out of the lungs, and in some cases, lung transplant. Pharmacogenomic approaches have led to the development of medicines that target the underlying cause of the disorder. Because different CFTR mutations have different effects on the CFTR protein, these medicines can only be used to treat people with certain CFTR mutations.