Behavior or Conduct Problems in Children 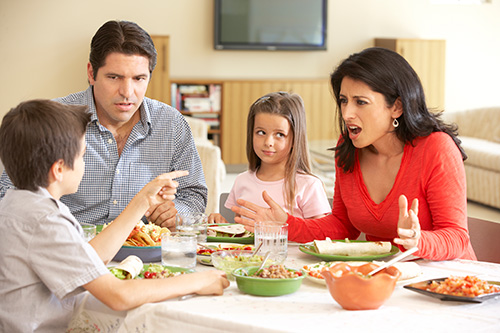 Children sometimes argue, are aggressive, or act angry or defiant around adults. A behavior disorder may be diagnosed when these disruptive behaviors are uncommon for the child’s age at the time, persist over time, or are severe.  Because disruptive behavior disorders involve acting out and showing unwanted behavior towards others they are sometimes called externalizing disorders.

When children act out persistently so that it causes serious problems at home, in school, or with peers, they may be diagnosed with Oppositional Defiant Disorder (ODD). ODD usually starts before 8 years of age, but no later than by about 12 years of age. Children with ODD are more likely to act oppositional or defiant around people they know well, such as family members, a regular care provider, or a teacher. Children with ODD show these behaviors more often than other children their age.

Conduct Disorder (CD) is diagnosed when children show an ongoing pattern of aggression toward others, and serious violations of rules and social norms at home, in school, and with peers. These rule violations may involve breaking the law and result in arrest. Children with CD are more likely to get injured and may have difficulties getting along with peers.

Starting treatment early is important. Treatment is most effective if it fits the needs of the specific child and family. The first step to treatment is to talk with a healthcare provider. A comprehensive evaluation by a mental health professional may be needed to get the right diagnosis. Some of the signs of behavior problems, such as not following rules in school, could be related to learning problems which may need additional intervention. For younger children, the treatment with the strongest evidence is behavior therapy training for parents, where a therapist helps the parent learn effective ways to strengthen the parent-child relationship and respond to the child’s behavior. For school-age children and teens, an often-used effective treatment is a combination of training and therapy that includes the child, the family, and the school.

Being healthy is important for all children and can be especially important for children with behavior or conduct problems. In addition to behavioral therapy and medication, practicing certain healthy lifestyle behaviors may reduce challenging and disruptive behaviors your child might experience. Here are some healthy behaviors that may help:

It is not known exactly why some children develop disruptive behavior disorders. Many factors may play a role, including biological and social factors. It is known that children are at greater risk when they are exposed to other types of violence and criminal behavior, when they experience maltreatment or harsh or inconsistent parenting, or when their parents have mental health conditions like substance use disordersexternal icon, depressionexternal icon, or attention-deficit/hyperactivity disorder (ADHD). The quality of early childhood care also can impact whether a child develops behavior problems.

Although these factors appear to increase the risk for disruptive behavior disorders, there are ways to decrease the chance that children experience them. Learn about public health approaches to prevent these risks: