What Is Skin Cancer? 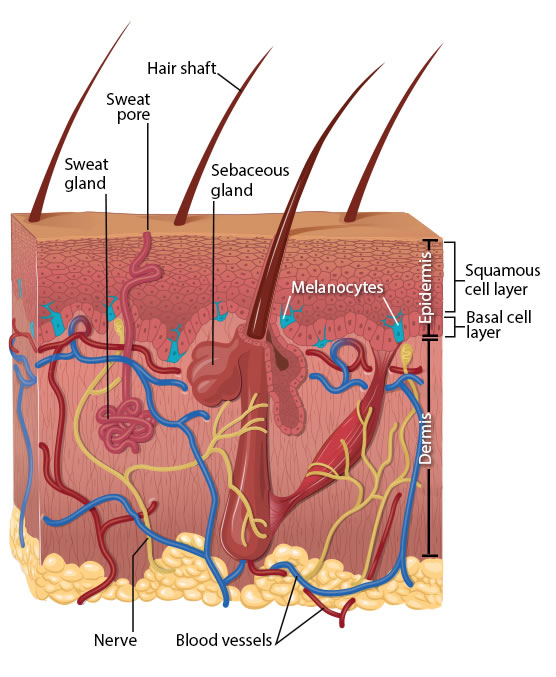 The skin is the body’s largest organ. Skin has several layers, but the two main layers are the epidermis (upper or outer layer) and the dermis (lower or inner layer). Skin cancer begins in the epidermis, which is made up of three kinds of cells—

Basal and squamous cell carcinomas are the two most common types of skin cancer. They begin in the basal and squamous layers of the skin, respectively. Both can usually be cured, but they can be disfiguring and expensive to treat.

Melanoma, the third most common type of skin cancer, begins in the melanocytes. Of all types of skin cancer, melanoma causes the most deaths because of its tendency to spread to other parts of the body, including vital organs.

Most cases of skin cancer are caused by overexposure to ultraviolet (UV) rays from the sun, tanning beds, or sunlamps. UV rays can damage skin cells. In the short term, this damage can cause a sunburn. Over time, UV damage adds up, leading to changes in skin texture, premature skin aging, and sometimes skin cancer. UV rays also have been linked to eye conditions such as cataracts.