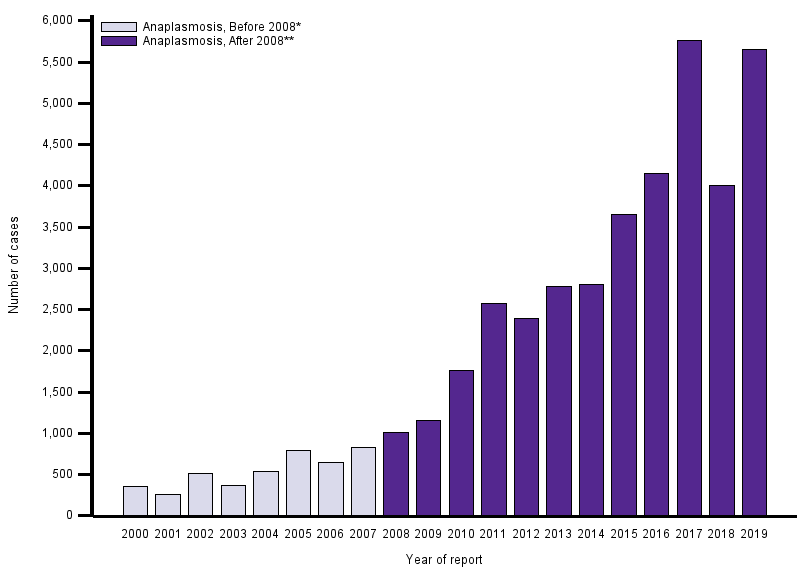 The graph displays the number of human cases of anaplasmosis reported to CDC annually from 2000 through 2017. *From 2000 to 2008, anaplasmosis was included in the reporting category “human granulocytic ehrlichiosis” in reports to NNDSS. **Since 2008, anaplasmosis has been reported to NNDSS in its own reporting category called “Anaplasma phagocytophilum”. Cases of anaplasmosis have generally increased from 350 cases in 2000, when the disease became nationally notifiable, to 1,163 cases in 2009, and 5,762 cases in 2017. The number of cases increased 39% between 2016 and 2017. 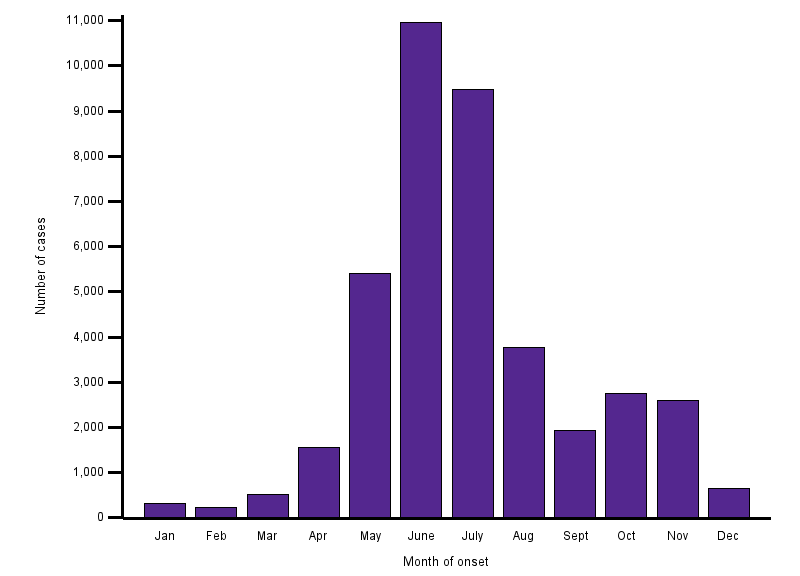