Get the Facts: Sugar-Sweetened Beverages and Consumption 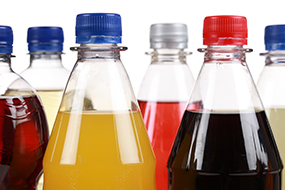 What are sugar-sweetened beverages?

Adults and adolescents who smoke, don’t get enough sleep, don’t exercise much, eat fast food often, and who do not eat fruit regularly are more likely to be frequent consumers of SSBs. Additionally, adolescents who frequently drink SSBs also have more screen time, including more time with televisions, cell phones, computers, and video games.10,14-16

Prevalence of self-reported intake of SSBs at least once daily among US adults, 2010 and 201517