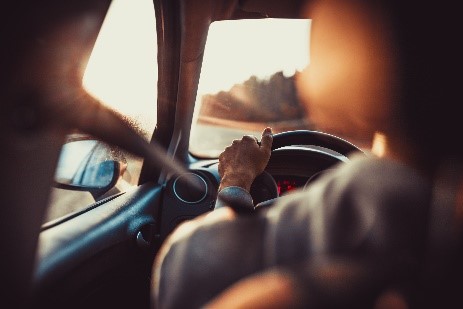 Motor vehicle crashes are the leading cause of work-related death across all industries combined in the United States (BLS data). Well over a thousand workers (1,270) died in 2019 in a work-related roadway incident. Although some people may think of work-related crashes as mainly a heavy truck issue, many of these fatalities involved drivers or passengers of light fleet vehicles, such as pick-up trucks, passenger vehicles, SUVs, and vans. Many companies now apply fleet safety management practices to prevent crashes and related injuries among their workforce.

One safety tool that companies are using to prevent crashes is in-vehicle monitoring systems (IVMS). IVMS are devices designed to improve drivers’ performance by identifying risky driving behaviors for self-correction and for supervisors to use to coach drivers and identify fleet-wide problems.

Despite a recent increased use of IVMS by companies, there is limited scientific evidence available about which IVMS components and implementation practices are helping to reduce crashes. Employers and drivers need evidence of IVMS effectiveness to make informed decisions about the selection and use of IVMS to reduce their workers’ motor vehicle crash risks.

How IVMS Works
An IVMS unit installed in the vehicle monitors, records, and transfers data to a computer via wireless technology. The IVMS unit is triggered to record an event (speeding, swerving, hard braking, rapid acceleration) when the driver or vehicle exceeds a pre-set threshold. Some IVMS give visual or audible in-vehicle feedback in real time to warn the driver of risky driving behaviors; others include video cameras that are set to capture images of the road and/or the driver for a period of time before and after the actual risky driving behavior.

In addition to helping improve driver performance, IVMS are also used for trip management purposes and fuel efficiency. The IVMS-collected data are typically available to companies in almost real time and allow for timely driver coaching by supervisors and tracking of fleet performance.

Effectiveness
A NIOSH study found that an IVMS with in-vehicle driver feedback and supplemental supervisory coaching using driver- and outward-facing video led to:

The significant decline in overall risky driving behaviors continued through an approximate three-month follow-up period after the driver in-vehicle feedback and supervisory coaching was discontinued.

However, there was no decline in overall risky driving behaviors when only in-vehicle feedback was given to the drivers (i.e. no supervisory coaching occurred).

Additional Research
NIOSH is looking more closely at the effectiveness of IVMS systems that record vehicle metrics but do not include cameras. There are also plans to look at which of the many IVMS-recorded metrics are most closely associated with crashes. For example, are drivers with more hard braking events more likely to be in crashes than drivers with fewer hard braking events?

The Bottom Line
IVMS devices are designed to improve drivers’ performance. When paired with video-based supervisory coaching of drivers, IVMS devices can be effective tools for employers to reduce risky driving behaviors and improve motor vehicle safety within companies.