On the afternoon of April 3, 1997, a 44-year-old marina yard worker drowned after falling into the water in a boat launching slip. The incident occurred as the victim was repairing some exposed PVC water pipes damaged by winter storms. He was last seen working from a raft floating in the shallow water of the launching slip and was later found floating face down in the water by marina customers.

NJ FACE investigators concluded that, to prevent similar incidents in the future, these safety guidelines should be followed:

On April 4, 1997, NJDHSS FACE personnel learned about this work-related fatality from the county medical examiner’s office. After contacting the employer, FACE investigated the incident as a fall on April 22, 1996. During the site visit, the FACE investigator interviewed an employer representative and examined and photographed the incident scene. Additional information was obtained from the OSHA file, police report, and the medical examiner’s report.

The employer was a small privately-owned marina that had been in operation since the 1930’s. The marina had been operated by the current owner for the past four years and employed five workers at the time of the incident. The facility, which primarily docked and repaired small pleasure boats, did not have a safety program. The victim was a 44-year-old male yard worker who had worked part-time for the marina for three weeks. He was responsible for general yard work such as painting boat bottoms and light plumbing. Before this job, the victim had been self-employed as a maintenance ‘handyman.’ He had been under a doctor’s care for a seizure disorder and hypertension.

The incident occurred at the marina that was on a bay leading to the ocean. The marina provided basic boat maintenance and repair services and was equipped with docks and slips for docking small craft. Boats were also stored out of the water on blocks and trailers in a nearby storage area. To remove the boats from the water, the marina used a travel-lift, a large machine designed to lift a boat from a large slip. This slip measured 40 feet long by 17 feet wide by 6 feet deep, with the water measuring 3 ½ feet deep at the time of the incident. To accommodate the travel-lift machine, the slip was built into the asphalt parking lot and boat storage area.

On the day of the incident, the victim arrived for work at 8:00 a.m. and reported to the service manager for his assignments. He was told to repair the one-inch diameter PVC water pipe running alongside the docks to the travel-lift area. The pipes, which had been damaged by winter storms, were about one to two feet below the edge of the slip. To repair the pipes, the victim cut out the broken section of plastic pipe and replaced it with a new section glued into place. The repairs were relatively simple and required a few hand tools. No electrical or heating tools were needed.

There were no witnesses to the incident. The victim was last seen around noon working in the travel-lift slip on a floating dock, a flat five by nine-foot pontoon raft. The travel-lift machine was not in the area and not involved in the incident. At about 1:30 p.m., someone noticed that the victim was missing and asked where he was. Two customers then found him floating in the water in the travel lift slip. One customer, who was a police officer for a neighboring town, started cardio-pulmonary resuscitation (CPR) immediately after the victim was pulled from the water. CPR was continued by arriving police and rescue units who transported the victim to the local hospital. He was pronounced dead at the hospital at 2:30 p.m.

It is not known how the victim fell into the water, although it appears that he fell directly from the floating dock or slip. Investigations by the county medical examiner and federal OSHA concluded that the victim’s heart condition and seizure disorder contributed to this incident.

The county medical examiner determined that death was caused by “Drowning contributed to by hypertensive heart disease and seizure disorder.”

Recommendation #1: Employers should consider providing personal floatation devices to employees who work on or near the water.

Discussion: The victim was not wearing a personal floatation device (PFD) or “life jacket” when he fell into the water. Many PFDs are designed to hold an unconscious person’s head above the water, preventing the user from drowning should they become disabled. Although a PFD was not legally required in this incident, NJ FACE recommends that employers should consider requiring PFDs under certain circumstances when working on or near the water. Employers may wish to make PFD use mandatory in certain high-risk situations, such as if the worker is a poor swimmer, has a physical or medical limitation that could prevent self-rescue, is working alone near deep water, or is working near rough or cold waters.

Discussion: To increase awareness of potential safety hazards, it is recommended that employers and employees conduct a joint job hazard analysis of the worksite. This is done by carefully examining the tasks of each job for any potential safety hazards. After the analysis, appropriate controls and safety training can be used to eliminate the hazards. 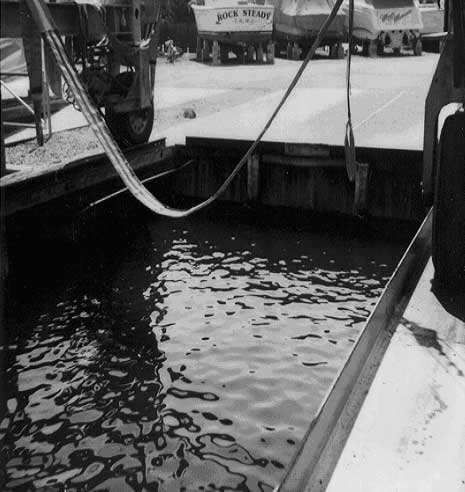